Day 170: Country #20 I woke early to catch the bus to Howrah train station located across the Hooghly River. It had rained overnight and continued to sprinkle, reminding me […]

Day 169: Country #20 On the subway ride from the airport to the city, I noticed a really densely master planned area named Bidhannagar. There also appeared to be some […] 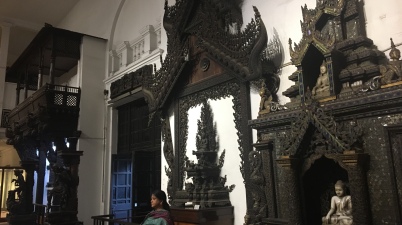 Day 168: Country #20 Kolkata, aka Culcutta, India is the capital city of West Bengal state, and the third largest city in India. You might wonder why with it’s most […] 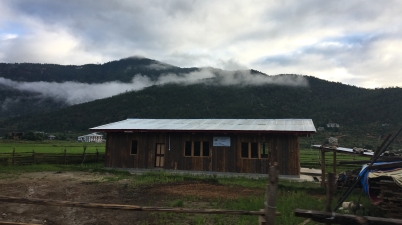 Day 167: Country #20 Despite the late night hanging out with my new Bhutanese friends, I woke early and watched clouds gliding over the mountains. After breakfast, we set off […] 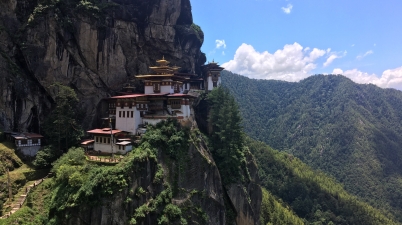 Day 166: Country #19 I woke early to enjoy the scenic views of rice fields from the balcony. After breakfast, we set off to hike up the Tiger’s Nest, a […] 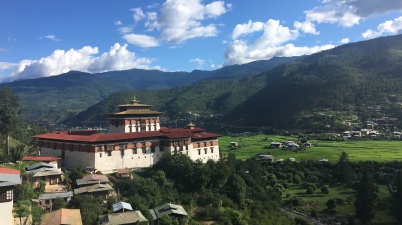 Day 165: Country #19 The weather was absolutely perfect with a scattering of clouds to accentuate the blue skies, which further contrast with Bhutan’s unique architectural style and color palettes. […]

Day 164: Country #19 I woke up early, but luckily was able to get breakfast before heading to the airport to catch a flight to Bhutan, operated by the country’s […]

Day 163: Country #18 Having explored the older quarter, wealthy suburbs and commercial center, as well as one education institution, I set out to see some of the government institutions […]

Day 162: Country #18 Aware of Bangladesh’s status as one of the world’s poorest countries, my personal interest in understanding socioeconomic inequality lead me to visit the wealthy “suburbs” to […]

Day 161: Country #18 The hotel staff were super nice and offered sight seeing suggestions as I waited for the complementary breakfast to be prepared at the attached restaurant. Aside […]

Day 160; Country #18 I really enjoyed eating breakfast on the rooftop, talking to the wonderful family hosting me and getting to know them and various other family and travel […] 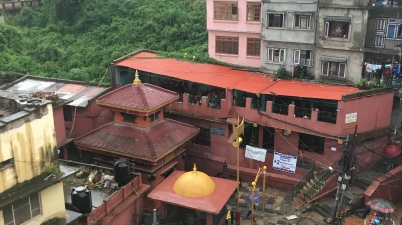 Day 159: Country #17 After another great breakfast on the rooftop, I sorted out new plans for Bhutan upon learning about another unexplained delay. I was becoming a little skeptical […] 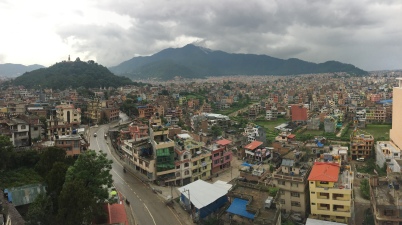 Day 158: Country #17 After seeing different older corners of the city, I was ready to explore the central area on my own by foot. I weaved through various streets […]