There aren’t too many ways to get to PNG, Papua New Guinea, but the most cost effective is via the Solomon Islands or Cairns, Australia. I was able to arrange for […] 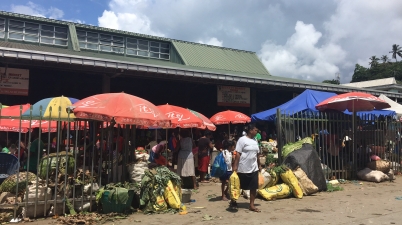 Villages to casinos in the Solomon Islands

After more dolphin watching, we wished the husband off to work as a government IT manager. As we packed and waited for the next bus, I spoke with the wife […]

Having caught up on sleep, I woke early and joined the owner in his daily morning dolphin watching – which explained the name of his inn. He described the day […] 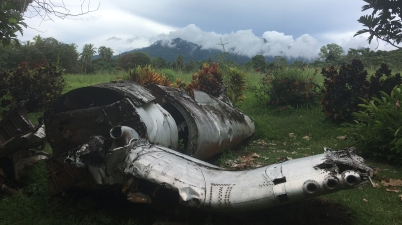 After a leisurely morning observing the peaceful shore, contemplating ways to cross the ocean to the other islands, we settled on exploring the nearby private Vilu WW2 museum, hidden away […]

As we were to travel west, my friend arrived at the airbnb in the morning and we walked a short distance to an unofficial bus interchange where we waited a […] 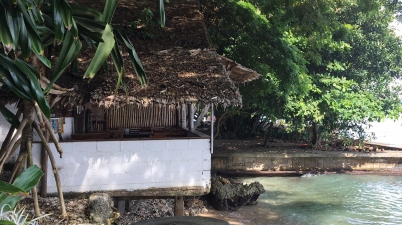 After another beautiful morning by the water, I headed to the city center where I explored some off streets and looked for the main north/south bus, but as I wandered […]

After a relaxing breakfast at the Ofis airbnb/restaurant overlooking a serene ocean front view of the turquoise blue sea, I made my way via bus down the main street to […] 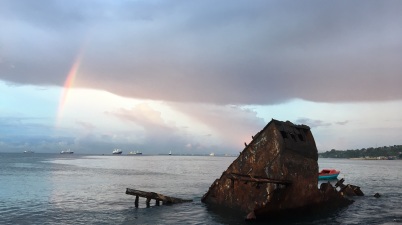 I witnessed the busy morning commute through the Roma Street busway and malls then caught a flight to the Solomon Islands and immediate re-immersed to developing world conditions. I was […]