Kolkata, aka Culcutta, India is the capital city of West Bengal state, and the third largest city in India. You might wonder why with it’s most easterly location in India, the state is called West Bengal. Under British colonial rule, India was a much larger entity made up of Pakistan, India and Bangladesh. After some conflicts, the Bengal province was split into West Bengal and “East Bengal,” a state of Pakistan. However, East Bengal became Bangladesh when it gained independence from Pakistan. Tip: don’t name your states east and west if you want it to stand the test of time. I wonder what will happen to Timor Leste, aka “East East.”

With the directional relativism aside, I still needed to go west. I walked west toward the city center to look for information about the rail system since I wanted to see more of the countryside and I also wanted to get a sense for the available paths toward south India so that I could hop over to Sri Lanka.

Along the way I stopped by the Indian Museum, which contained a pretty cool visual depiction of geologic history, alongside history of culture, religion and art. There were a handful of areas that felt a bit like Dhaka’s library, in much need of preservation.

I spent extra time to take in the introductory lesson on Indian history, then headed to the parks near Esplanade, then toward the Hooghly river where I wandered into a couple of government buildings, thinking I could get tourist information.

I wasn’t able to find much help, so I headed to the Bank of India Museum located in what looked like a headquarters building. They signed me in and let me go up to the museum floor, but the door was locked and nobody was on duty.

After waiting a while, I gave up and went to the train ticket station, which my map marked as a “tourist information” site, but it wasn’t. I saw a Chinese tourist who happened to know some English, so we chatted a little. Apparently, Kolkata is a Chinese backpacker route to Delhi, so we were going different directions.

With diminishing options, I didn’t want to be stuck in Kolkata, so I talked to all the staff and eventually found someone that patiently helped me search all the possible options and plot an optimal route. 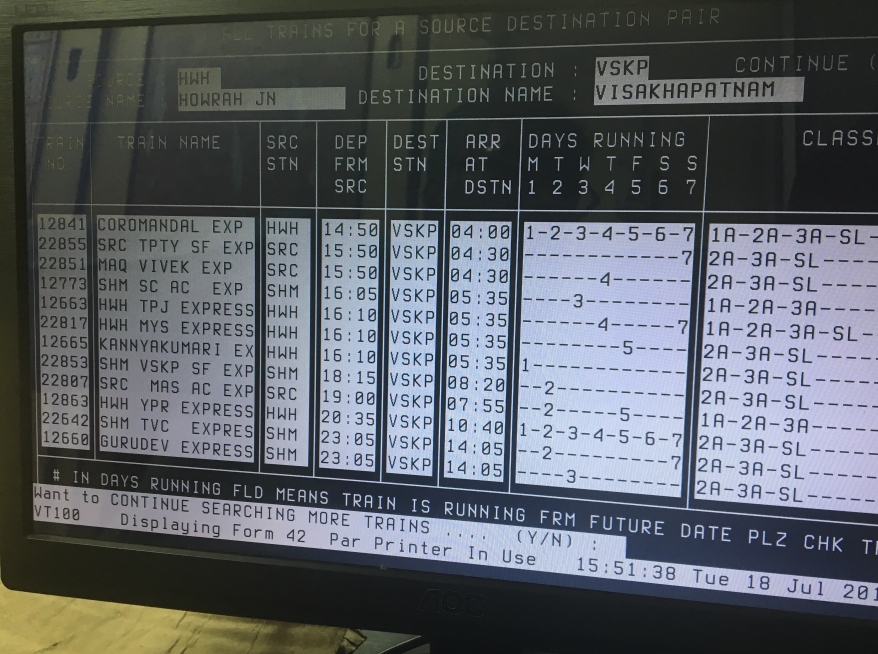 With transportation secured, I headed home, taking a route by the Holy Rosary Catholic Cathedral and University of Calcutta College street, an entire city block dedicated to textbooks. If it weren’t for almost everything being stacks of dry textbooks and test prep material, I think it would have been a pretty cool outdoor library.

If you think someone who’s job is to help you, and they can help you but just doesn’t want to for whatever reason, you should keep pestering them. With enough persistence, you can often get the information or help that you need. The key is to cause sufficient inconvenience to them that they just want to get rid of you, but their job actually requires them to stay in their seat and help people. I only do this as a last resort and only when I think the other person is in the wrong.