Colombo is the capital of Sri Lanka, previously Ceylon, a South Asian island nation that served as a trade link between ancient eastern and western cultures. It’s central, albeit under appreciated role throughout history in commerce, religion and trade manifests in a collage of different architectural and cultural influences.

Much like Malacca (Melaka) in Malaysia, where you can find all major religions on one street, even greater diversity can be seen in the city on a walk from Fort district to the Town Hall suburb. 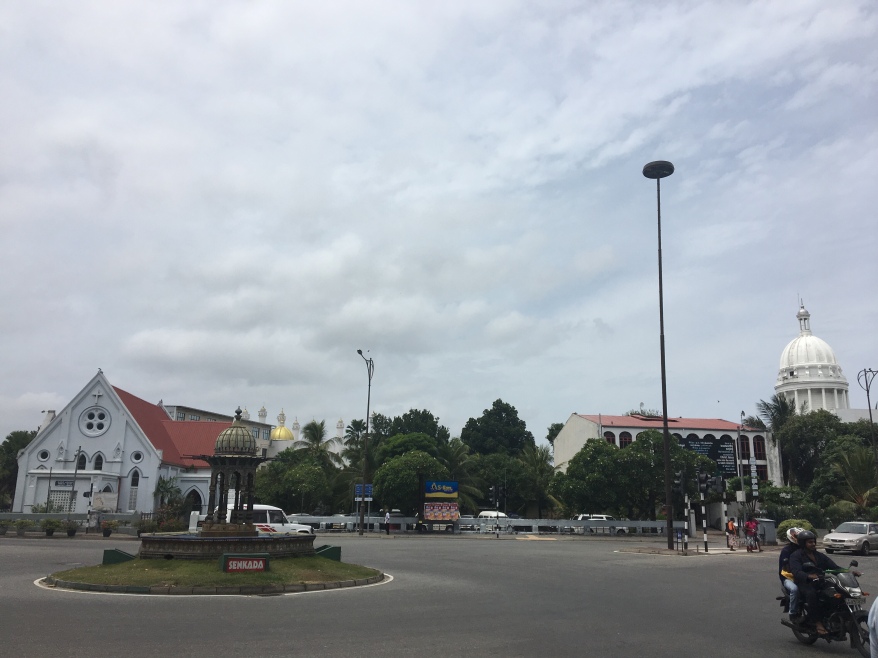 The walk to the Municipal Council was pleasant, but they were closed so I continued to Vihara Mahadevi park, a large open space and culture center with a library and Buddha statue. 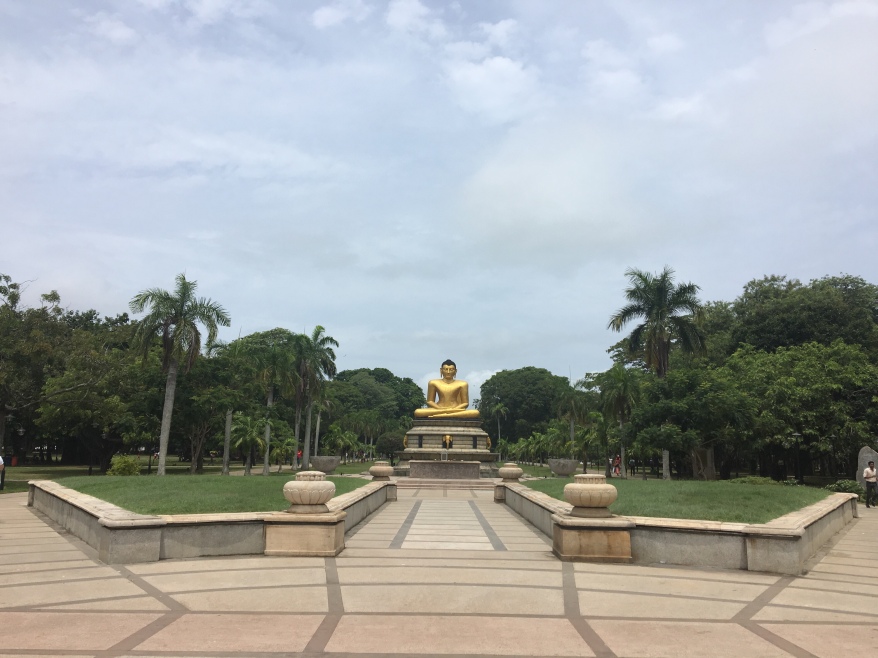 The library had a few exhibits and I ended talking to a librarian for a little while as she showed me some local travel magazines. I also drank some interesting pottery cooled water that she offered me.

Next, I crossed the park to the National Museum of Colombo, which consisted of an older and a newer building, each with a different focus. One particular exhibit about ancient smelting techniques revealed the degree of technological superiority in ancient times. 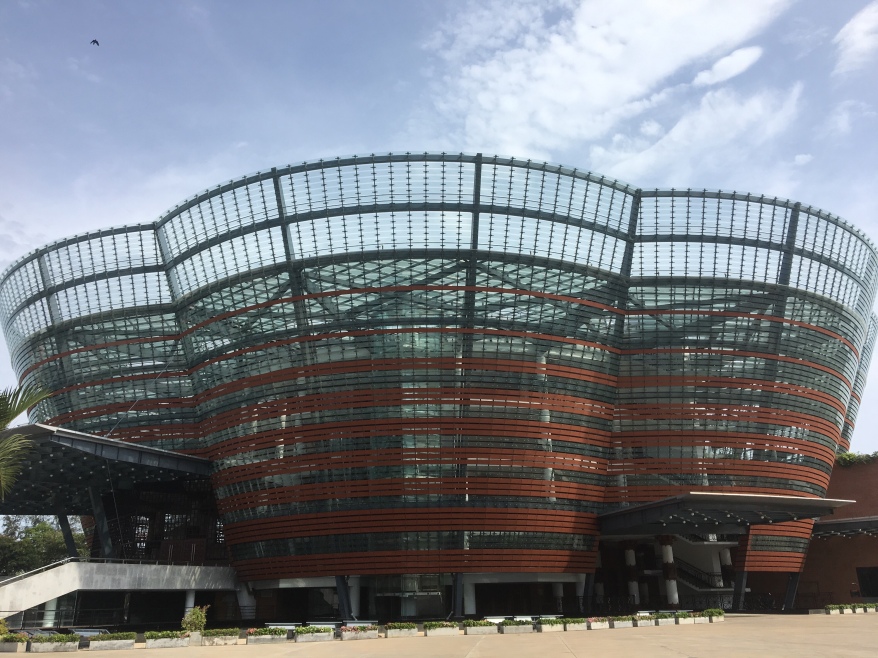 Then I passed by the Nelum Pokuna Mahinda Rajapakse Theater, but there were no shows. However, I saw people entering another building nearby and ended up watching a dance performance in appreciation of Japanese-Sri Lankan friendship. 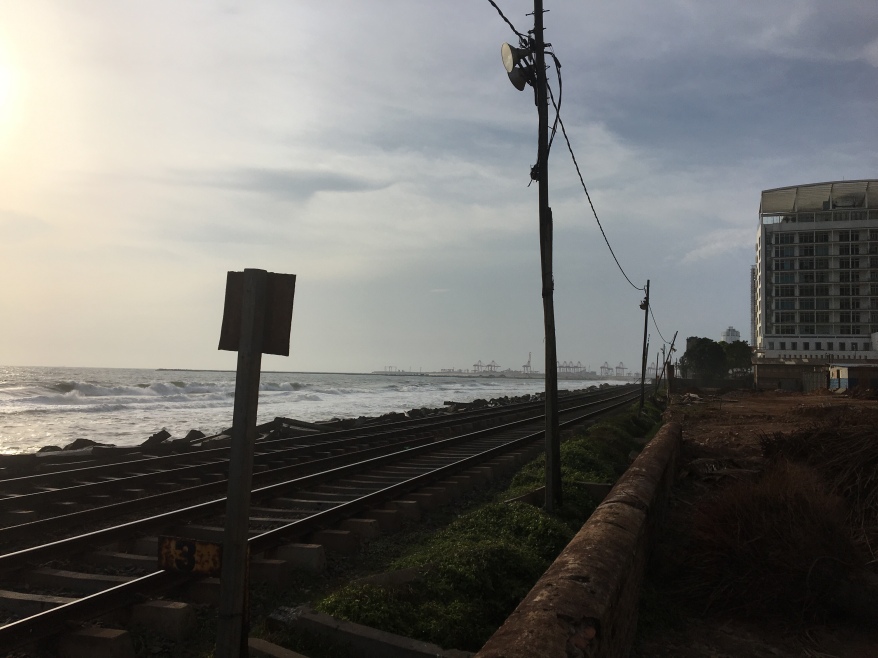 After the show, I headed south to the University of Colombo, then to the coast where I walked to the beach and along the railroad tracks until I reached Galle Green, a popular evening spot for locals. As sunset approached, people were out and about filling the sky with kites.

Toward the ocean were colorful kites. To the north were ships blowing sand to reclaim a whole new section of city, and toward the skyline were new sky scrapers arising from the ground. I had learned from some university students that Sri Lanka’s transformation began a decade ago, shortly after their civil war ended and the Chinese government offered infrastructure investments to help rebuild the war torn country. I wondered if a country like Timor Leste would follow this path. 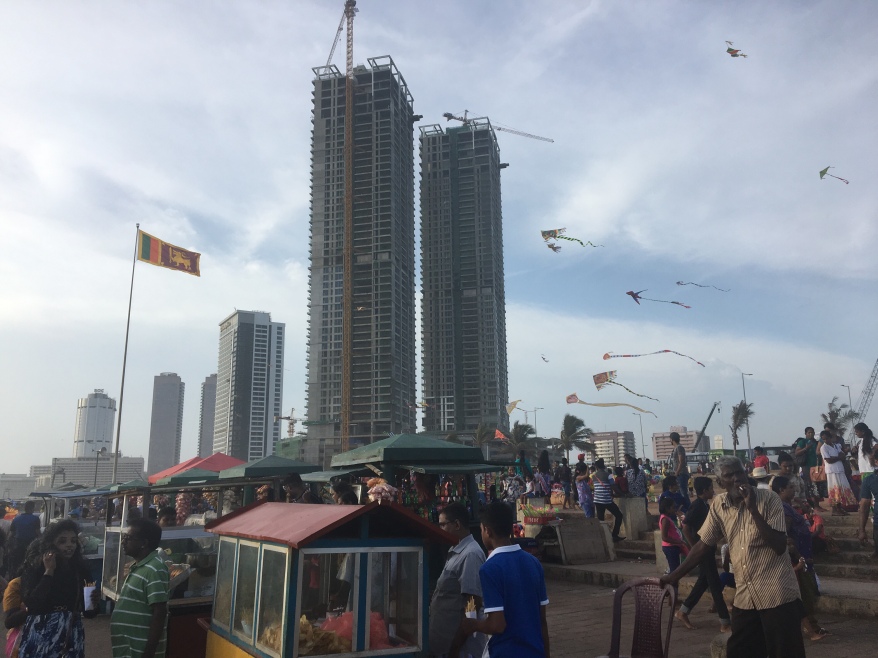 I continued north to Fort, enjoying the vibrant energy, great weather, and architectural contrast of old and new. 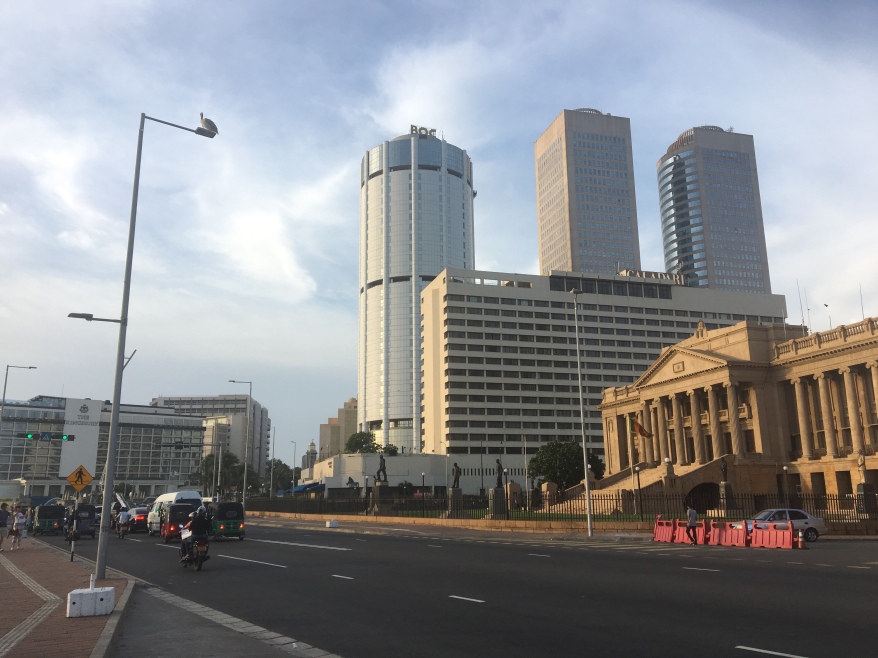 I managed to reach the Lighthouse, no longer positioned on the coast due to the new Port City development, which offered a dramatic perspective on the different layers of regional and global influences. 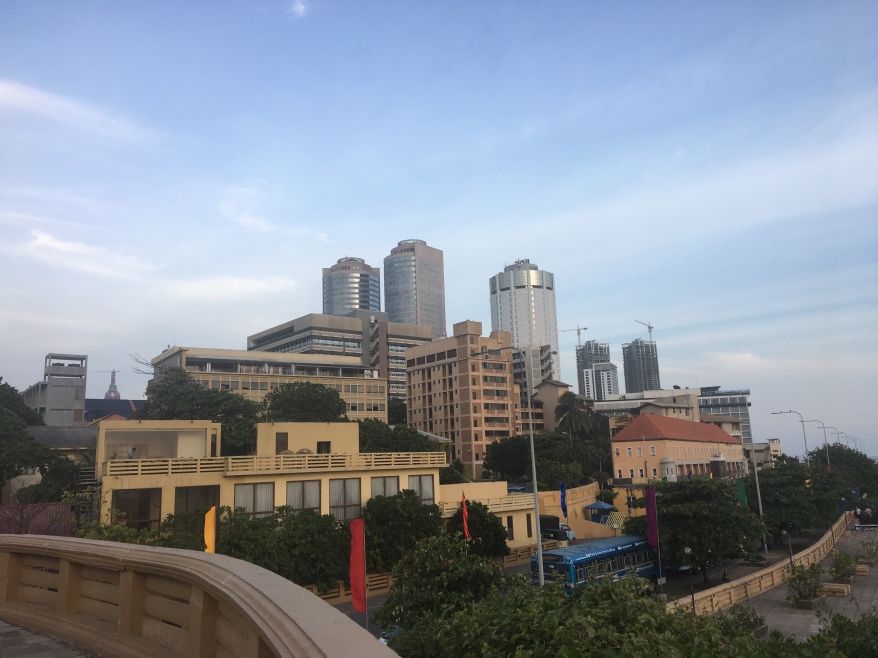 As I made my way back to the hostel, I stumbled upon a street food festival, but had already eaten at Galle Green. 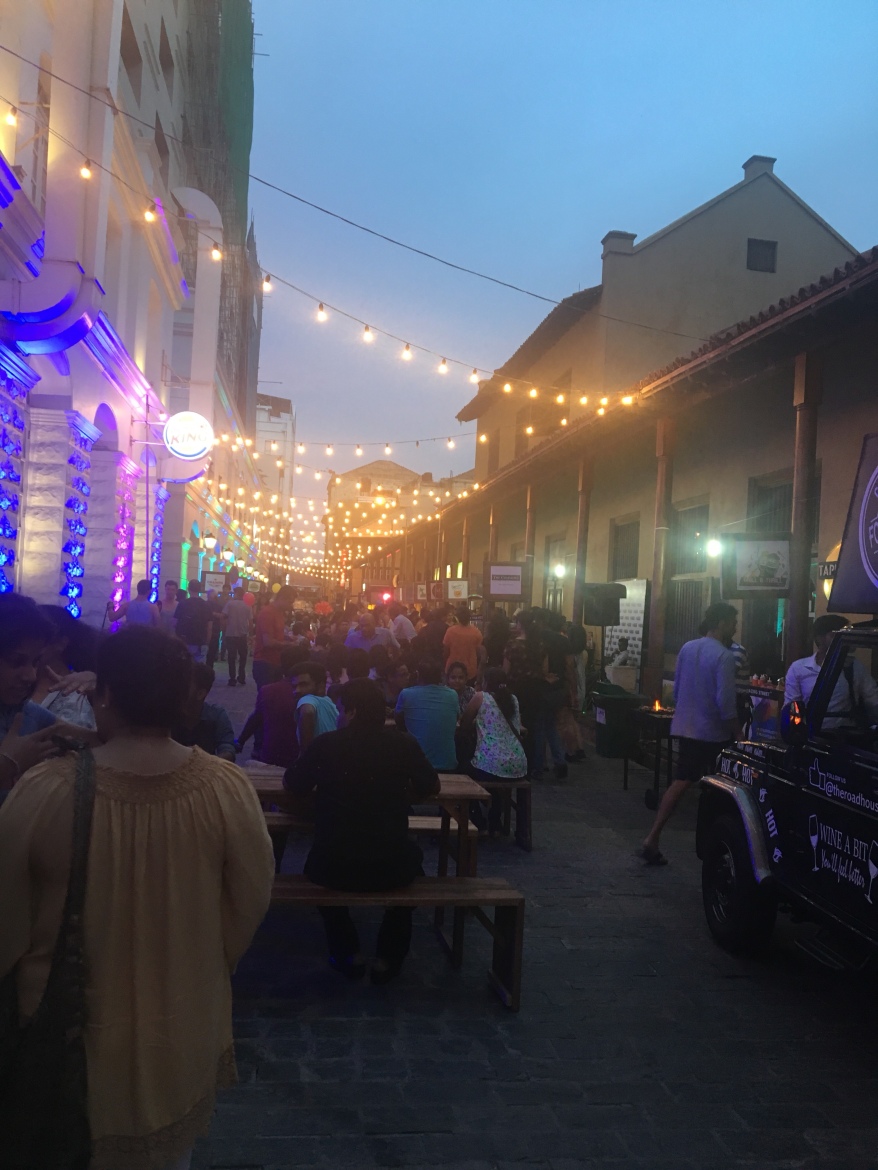 A basic understanding of architectural forms and styles is super helpful to instantly understanding a little bit about an area’s past.