I woke super early to catch the train from Colombo Fort to Kandy, the ancient capital of Sri Lanka where I had coordinated to meet with other travelers from the hostel later in the evening. But while the rest of them were sleeping, I went ahead so that I could also visit Sigiriya, located north of Kandy, outside Dumbulla.

The train ride was dark, gloomy and slow, as was the city when we arrived in the early morning. I barely missed the direct daily bus to Sigiriya, but there were plenty others heading to Dumbulla, which leave when they fill up.

From Dumbulla’s bus station, I quickly switched to a Sigirya bound local bus, which dropped me off on the side of the road, where I had to walk a fair distance to reach the entrance. As I began walking, an Indian guy recognized me from the hostel and runs up to join me. Apparently, there’s a direct bus from Fort, but we arrived at the same time. I saved some money, he got an extra hour sleep.

We walk around the large moat, down long stretches of road then the large palace on top of a huge boulder which is Sigiriya appeared in the horizon. My new friend tried to get special pricing, but that’s not really possible with UNESO sites.

Fortunately, there were not that many others around so we were able to walk through the park without much distraction. From the base of Sigiriya, everyone is funneled through a few walkways, but it was still not very crowded. I lost one of my tickets, which allows you to cross different checkpoints, but my friend managed to convince security to let me pass.

It’s amazing to think how people could climb the treacherous and steep sides of the boulder without walkways, but that was partly a security measure to protect the palace and fort that was constructed on top to oversee the entire region.

Sigiriya is a bit like Sri Lanka’s version of Macau Pichu, featuring rain fed swimming pools, multiple chambers, courtyards, and everything a monarch would desire, including beautiful views of the country. Except for a few monkeys, there were only a handful of people around. I had to followed a couple around just to use them for perspective and scaling.

The way down was even more breathtaking as was the walk through the ancient city ruins which lead to a museum. After learning about Sigiriya and Sri Lankan history, we made our way back to the main road to catch the return bus to Dumbulla and then Kandy.

I invited my new friend to join the others from the hostel in watching the Buddha Tooth Relic festival. As we approached Kandy, it had transformed from dreary overcast which I saw in the morning to vibrant, loud and brightly lite excitement. 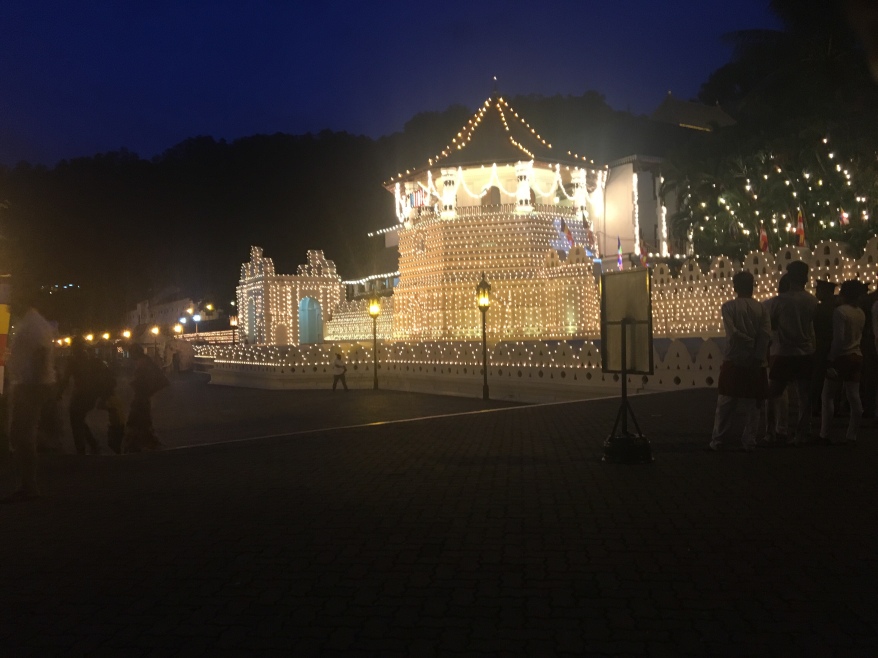 We walked through the city from the bus stop to a few viewpoints around Bogambara Lake, then to the Royal Palace where large crowds had started to gather. I wanted to walk along to the other side to look for a better view.

As we got near Temple of the Tooth, there was a loosely guarded entrance and an elephant. My friend suggested walking in to see the elephant and we were able to get inside without any problems. We even got selfies with the elephant and some of the parade dancers. 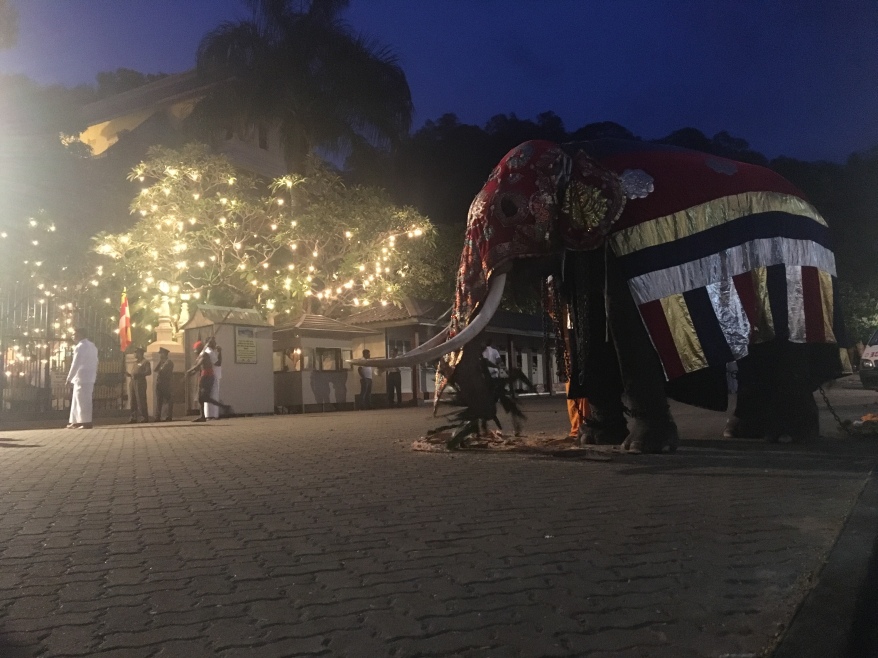 Yeah, I casually walked by a war elephant.

After exploring the entire unrestricted area, we found spots at the beginning point of the parade and waited for it to start as I also tried to contact the rest of the group. Of course, we didn’t give up our magnificent view of the elephants carrying and protecting the Buddha Tooth Relic, one of Buddhism’s most valuable artifacts, nor the entourage of swordsmen, flame throwers and other guards.

It was interesting to observe so many people pray and react to the Relic as it passed multiple times around the cordoned off city blocks throughout the night.

I estimate there were a few dozen elephants and hundreds of performers celebrating Esala Perahera, aka Festival of the Tooth.

By sneaking inside the perimeter, we weren’t able to leave, but nearing the end of the night, we were finally able to run across the street and rendezvous with the others who were eating at a nearby restaurant. Then we headed to the bus station and passed out after a super long, but amazing day; definitely on par, if not better than the day I climbed Tiger’s Nest and played Bhutanese darts!

Never pay for high price “tickets” to famous festivals that are open to the public because you’re essentially paying for an over priced seat, likely not even in a great location.