The bus arrived to Hyderabad in the early morning when there were few vehicles on the road. This allowed me to get off near the city center and walk around freely. I was amused by the traffic signs prompting people to pay property taxes before warnings about drinking and driving.

As I made my way to the hotel, I passed by some government buildings protected by a light night shift of guards, so I was able to sneak a picture of the Ghandi statue.

I arrived at the hotel extremely early, so I had to wait a couple of hours for my room, but they were super nice and let me eat breakfast.

After reading some more newspapers, I made my way back to the Assembly neighborhood, stopping first at the BM Birla Science Museum, a large well built complex atop a steep hill, then to Public Garden park which contained a smaller museum, the Telangana State museum featuring an assortment of historical artifacts and art, and a small lake.

I exited on the east side and realized that I was on a main road with many buses. On the overnight bus, I learned that Hyderabad combines with a twin city, Secunderabad adjacent on the northeast, so if I wanted to see it, I would need to figure out the bus routes. But, first I wanted to go south to the old city.

Jumping into a bus was relatively straightforward and soon I disembarked at the State Library, located across the river from Salarjung Museum. I wanted to walk through the dense neighborhoods and cross the bridge, but was surprised to see the contrast of poverty with grande buildings. I even saw farmers tilling the land between the river and Salarjung’s walls. 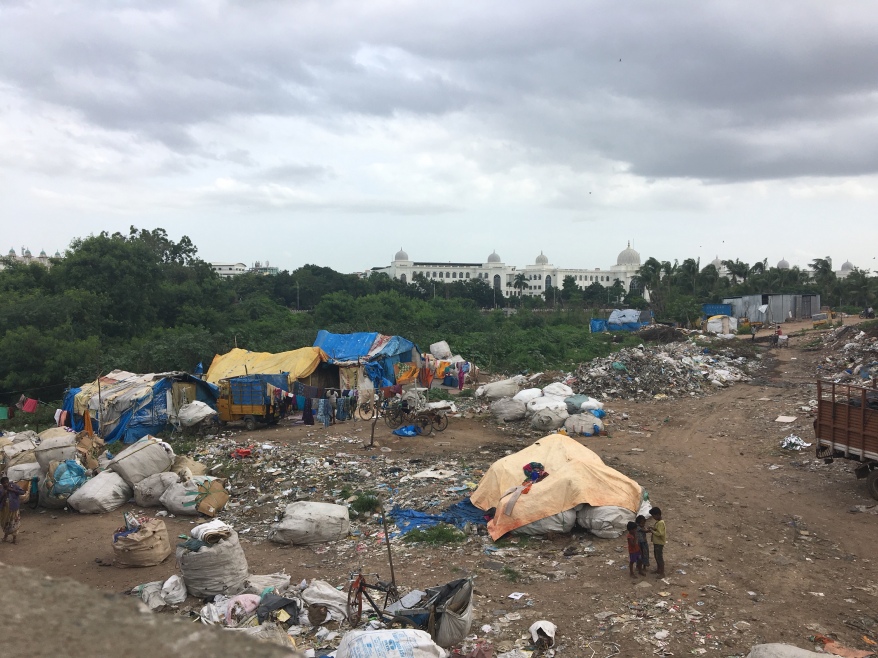 I was also surprised by Salarjung Museum’s extreme 25x price difference for foreigners, so I tried to buy a local ticket by sneaking in payment with a group of boys. However, I could not fools the security at the entrance, and the ticket counter closed, so I gave my ticket to a stranger and left. I actually wasn’t all that interested anyway since it seems to be focused on western art.

My real objective was further south, Charminar, Mecca Masjid and Chowmahalla, located in the older city center. Despite the noisy crowded streets, I enjoyed the walk. However, I opted to not enter Charminar either because of its 13x foreigner pricing (not that bad), and extremely long line. I also felt that Laos’ version of Charminar made for a more unique experience. 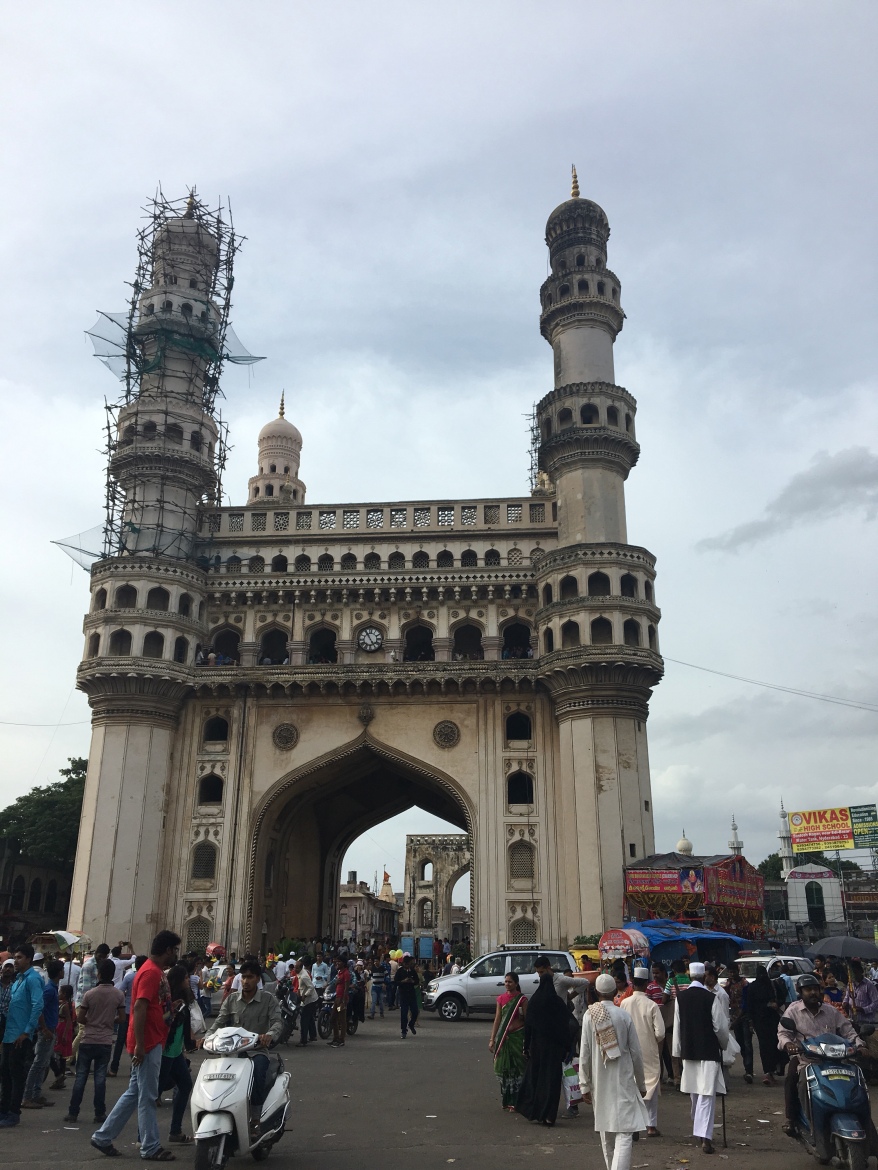 I definitely noticed somebody trying to follow me, but made a game out of it as I continued south. The Chowmahalla Palace was also closed, but it was right along a bus route so I hopped on and made my way back north, getting off around Lumbini Park to catch the sunset over Hussain Sagar lake.

Entry required a fair bit of pushing but I paid a regular price. At the other end of the park were a number of ferry options out to the Buddha statue at the center of the lake. I made a group of friends as we waited in line, watching a man try to push to the front of the line. Colorful lights turned on to highlight the statue by the time we reached the small island.

It was fairly late by the time we got back to shore, but I felt quite at home in Hyderabad so I walked home.

Wear clothes that have zippers, especially shorts. Zippers protect against pick pockets and items won’t accidentally fall out of them either when sitting on a bus or when you need to jump or run.