Phong Nha is a small town in Central Vietnam at the edge of an extensive network of caves, karst mountain formations, forests and agriculture. It’s caves draw tourists, but the surroundings are just as beautiful.

I woke early to explore the town’s handful of roads, observing the economic disparity even in such a small population due to the opportunities created by the influx of tourists. I saw cows walking on the road, boats docked along the Song river, a Hollywood-style Phong Nha sign at the edge of town, and even a school, which I needed to cross in order to get back to the main road. All the while, I looked for a bus operator to make plans, but couldn’t find one.

I returned to the hostel in time to begin a van tour of the surrounding park and caves. The first thing I noticed with all the guides was their command of English and ability to answer all sorts of questions about life in Central Vietnam. The tour consisted of three different packages, so people were smoothly switched to different vans at the different attraction sites.

First off was Paradise Cave, a well lit, colorful series of caverns, accessible by foot. Then we headed to the main Phong Nha caves which requires a boat to enter. The boats were all rowed by women because most of the men left to the cities to earn higher incomes.

The small entrance quietly drew in our boats, and as we were absorbed into Phong Nha’s karsts, the guide described how the caves were used by the Vietnamese during countless wars, including the Vietnam-American war where Central Vietnam played a critical role in facilitating logistics from North to South, and even Cambodia. 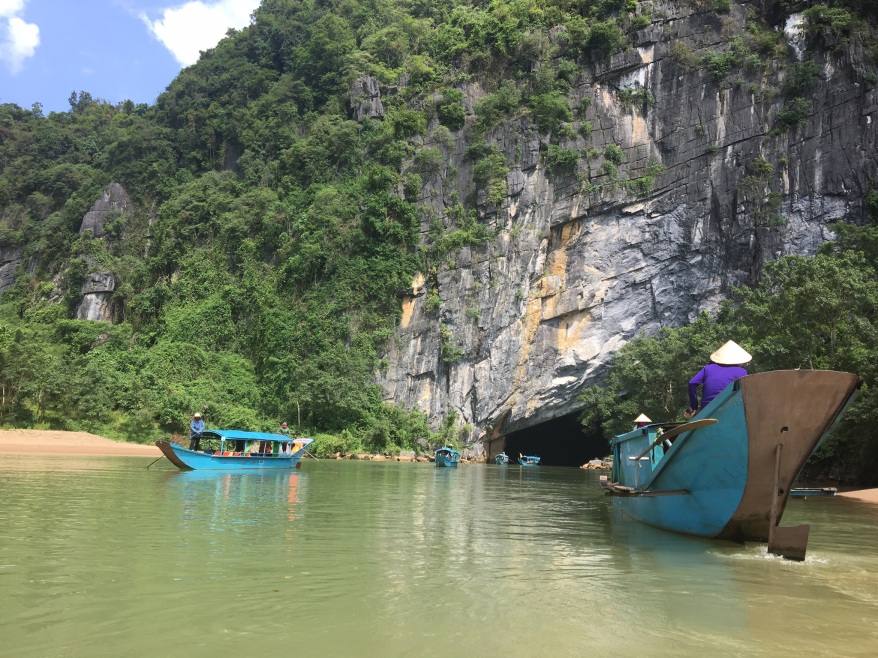 Once inside, we disembarked and explored the cave, stopping short of the Dark Cave, which requires extra experience and costs. To be honest, the idea of trudging through mud in swim gear didn’t appeal to me. I was happy to see and feel the expansive caves while dry, but I did get a few droplets of water on my head (supposedly a sign of good luck, and I checked that it was not bat droppings). 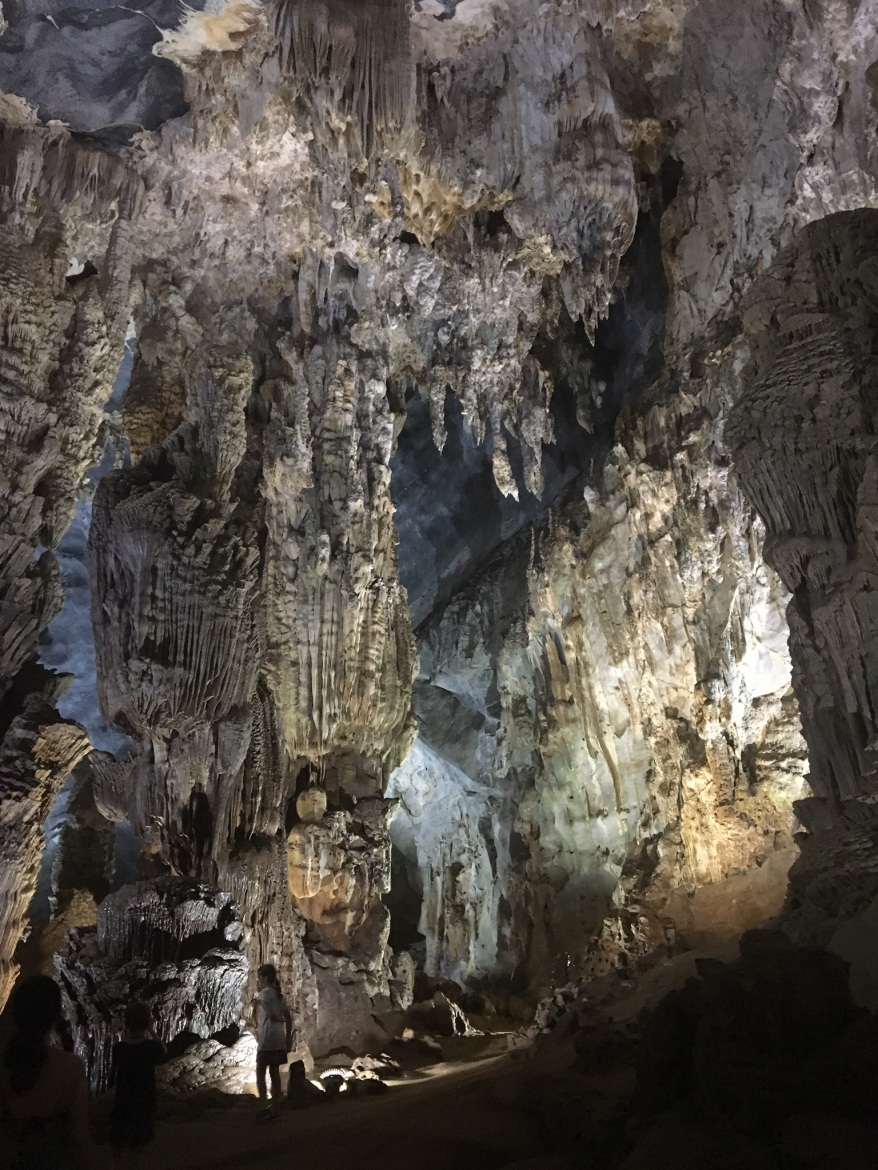 We finished the day with a tranquil river tour on another blue boat through more of the countryside, marveling at the lush vegetation and man made structures. Prior to departing on the tour, the hostel staff confirmed that the direct bus from Phong Nha to Laos had stopped running, so I requested to be dropped off at Dong Hoi, the nearest city, where I searched for a connecting bus, but failed to locate the pickup point.

So, I headed toward the highest concentration of hostels and was really surprised to find a hostel staff member who had never traveled outside Dong Hoi, yet could speak with a perfect “British accent in the morning, American accent in the afternoon, and Australian accent in the evening” if she wanted to. She watched a lot of movies.

They weren’t able to help me catch an overnight bus, but I was happy to have the opportunity to explore a little of this surprisingly cosmopolitan city in the middle of Central Vietnam.

Tip:
Official bus stations and private bus operators do not always use the same facilities and stops. Often bus stations are located out of the way because they cause congestion, but bus operators run one off services so they are able to quickly stop by central busy locations in the center of town. Not everyone knows about the bus operator stops, so do advance research if you want to catch them.