The hostel owner was very nice and helped me print out an eVisa, but I ended up talking to her for a while before finally making my way to the Cham Museum which was full of sculptures from the Cham civilization which ruled much of Vietnam before being displaced by the modern Vietnamese groups migrating from northern Vietnam (whom themselves were displaced by Southern Chinese from further north, who themselves were displaced by the chain migration triggered by the Mongols).

Then I headed east to wander around and see a different part of the city. I ran into a lively commercial center around Vinh Trung Plaza, Con Market and streets brimming with vendors. I looked for potential travel supplies, but found none, then looped back to the hostel where I grabbed my bag and trekked to the bus operator.

I was told it would be an uncertain wait time and it was very hot, so I decided walk around to stay cool and explore the nearby quieter neighborhood by the mouth of the Han river leading out to sea.

The bus drove along the coastline for a while before sunset then headed inland toward Phong Nha, a small town, world famous for it’s extensive cave systems. We arrived pretty late, but I was lucky to find one open restaurant. 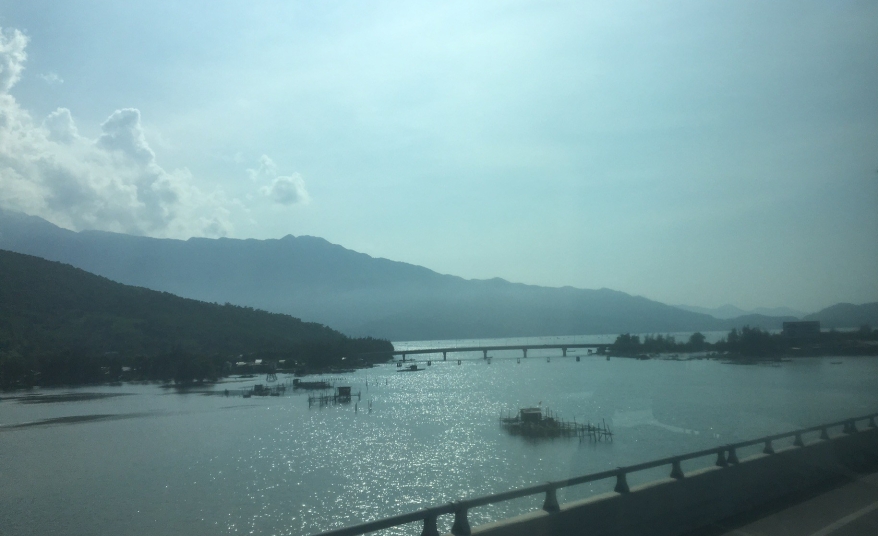 Tip:
Try to keep track of migration events when you read about them in museums or other sources so you can match them up with events and timelines from other museums. Often one event somewhere has a cascading effect somewhere else, but these relationships are not revealed anywhere. It’s fun and you might feel smarter, too.