Hoi An and Danang, Vietnam

We arrived in the early morning to the Queen bus station in Hoi An, but it was closed, which was unexpected. I walked around looking for a place to store my bag while I explored the UNESCO historic city. After some rejections, I happened across a small hostel that offered to let me leave my bag.

Then I headed into the historic part of the city, squeezing through a few alleyways until I reached the Hoi An Museum, which seemed like a good way to quickly orientate myself and learn about the city. The door was open so I wandered in and made my way through to the roof where I found a panoramic view of the city. Next, I passed by the Chinese Assembly Hall, a beautiful contrast of colors and sino-aesthetic.

As I made my way to the next site, the shops began to open and the sites started to require tickets, which were sold by certain ticket vendors, but I was confused because I had been entering places for free. The ticket system felt pricey and unscrupulous, but there were sellers easily accessible so I opted to walk around first then decide if anything in particular piqued my interest.

I crossed the bridge over to An Hoi peninsula then walked around the park before crossing back on the west edge of town. Having walked through much of the UNESCO zone, I made my way to a popular restaurant and enjoyed an egg Banh Mi sandwich, a $.50 cent beer, then grabbed a couple of refreshing local snacks which I shared with the hostel staff as I retrieved my bag and returned to the bus station for my next leg to Danang, a short drive north.

Danang turned out to be a much bigger city than expected, but being a newly established “1st tier (aka big main) city,” Vietnam’s 4th, it lacked tourists and tourist infrastructure, so I had to walk a fair distance to reach my hostel.

Luckily, there was a sprinkling of attractions along the way as I headed south through the Museum of Da Nang, the Town Hall, the riverside and eventually to the Dragon Bridge, a fully operational fire and water breathing machine spanning the length of one of three iconic designed bridges.

I crossed on the Dragon Bridge, noticing numerous military standing around, capturing pictures of the river and skyline while avoiding trouble. Once on the other side, I noticed the area under the bridge was a huge open public space filled with colorful restaurant chairs, heart shaped decorations and other welcoming layouts. It was too early and there were not too many people around, so I kept walking until I reached Pham Van Dong Beach which was lined with lively restaurants and luxury hotels. As it started getting dark, headed back to Dragon Bridge. 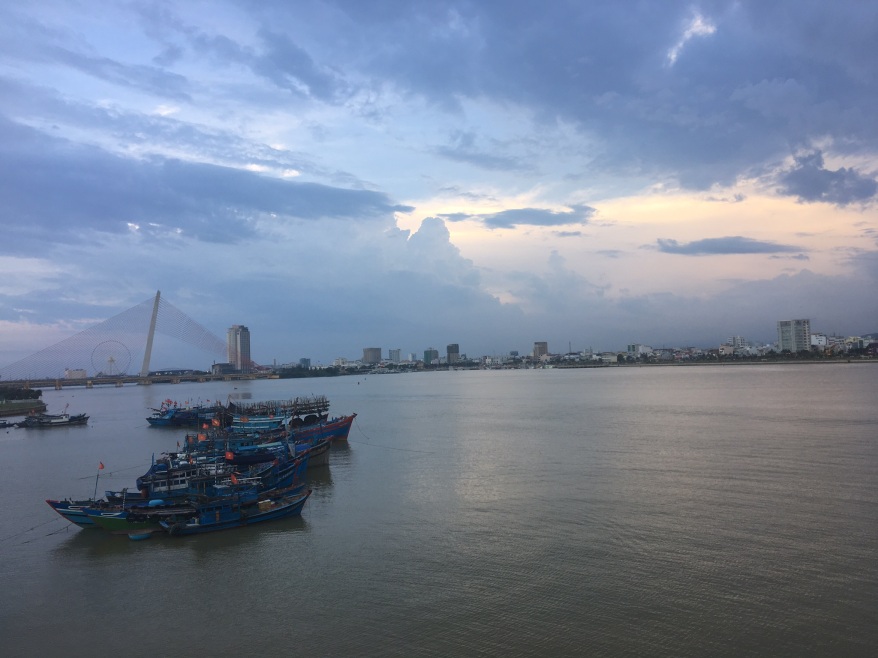 There was a huge crowd packed along the entire bridge. As I squeezed my way through, I noticed a few tourists near the middle, so I stopped to ask them about the occasion and learned that there would be fireworks. I asked to join them.

The fireworks were absolutely amazing. Lasting nearly and hour. Someone told me that it was part of an international contest, but I also think it was to celebrate Ho Chi Minh’s birthday. As I began to finish crossing the bridge, the fireworks resumed and kept going for another hour. The sound reverberated off the buildings during my entire way back to the hostel. It was by far the longest fireworks show I’ve ever witnessed. 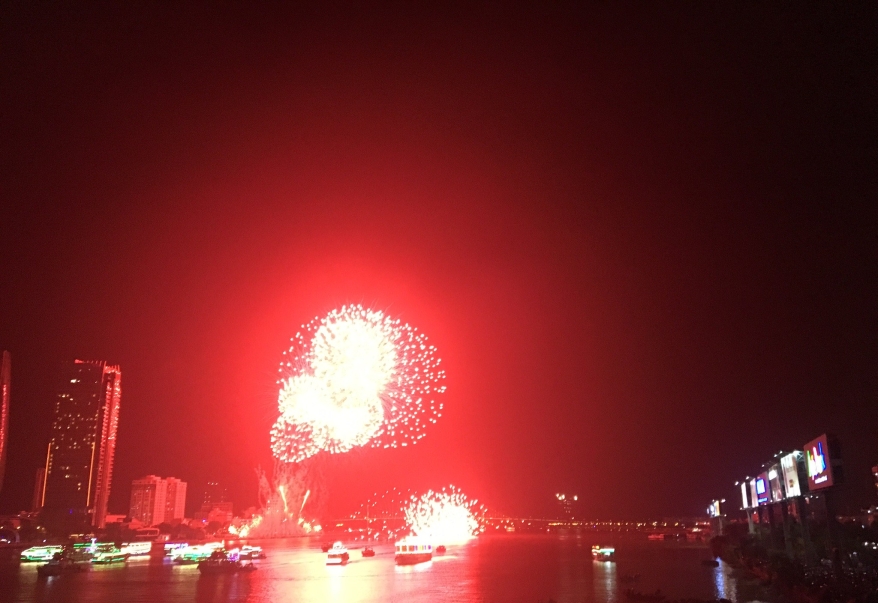 Tip:
Sometimes you can get free entry to places if you arrive early before a place opens or right as they’re about to close.