A flight from Kuala Lumpur to Perth is incredibly efficient and cost effective. You cover a long distance, and in my case escape Malaysia’s rainy season for Australia’s’ pleasant fall. I arrived just in time to capture the sunrise then headed to the city center where my map identified a tourist kiosk. I was amused when the volunteer guide suggested that today may be too hot for her to give a tour while I was absolutely enjoying the much cooler and less humid temperatures. Luckily, there was a large turnout so the tour was on and I learned a ton of things about the city’s history and present. Perth’s city center is relatively compact so we meandered through a lot of sights between city hall and Elizabeth Quay (pronounced “key”), where I hopped on a free bus to the Kings Park botanical gardens in search of its famous glass bridge. Come evening, upon returning to the Quay, I found the cityscape and bridges beautifully alight. I wandered into a beer garden and was shocked by Perths incredibly expensive food which apparently is due to the city’s relative isolation from the whole of Australia.

Tip:
Flight distances do not always correlate to price. It’s mostly a matter of supply/demand. If there are a lot of regular flights and you’re traveling in off season, there’s bound to be a cheap flight, even among regional budget airlines. As mentioned in a previous tip, one way tickets can further exploit the price discrepancies. 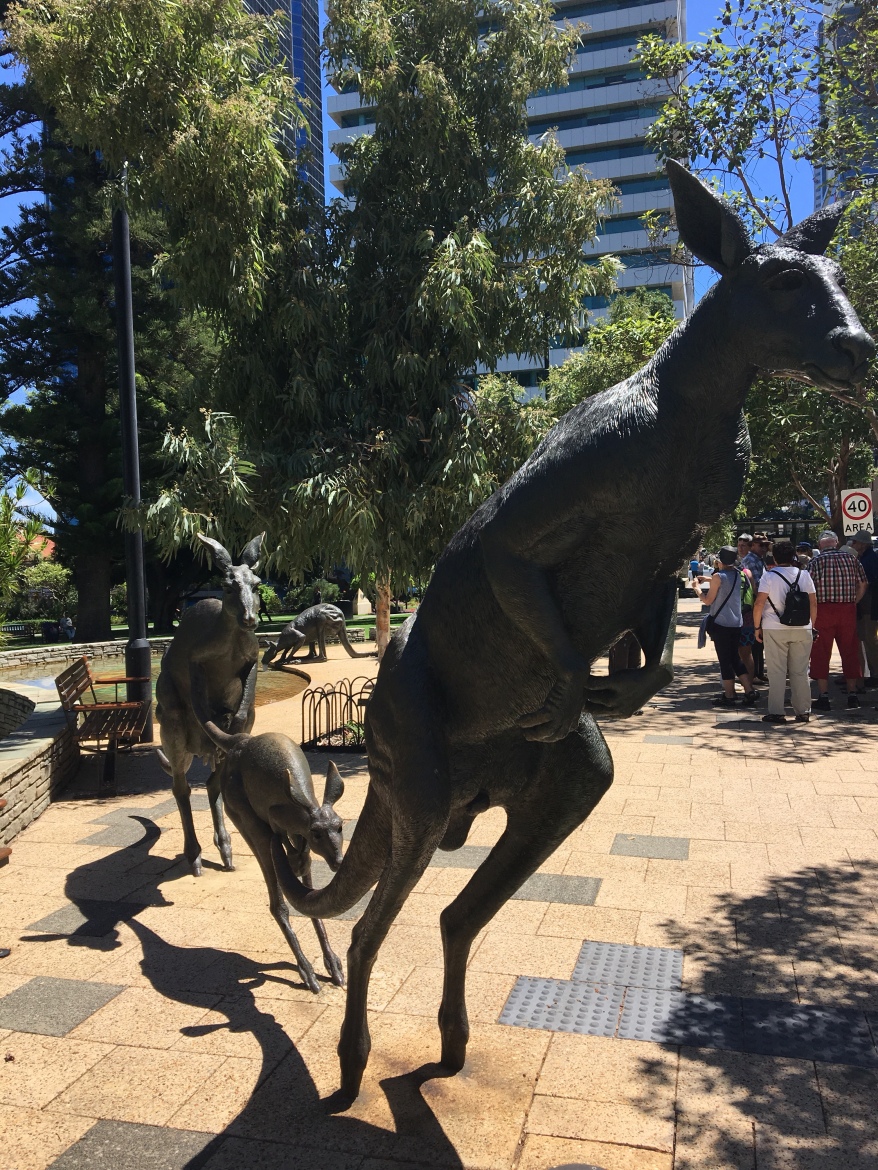