Miri is a surprisingly big and growing coastal city in Sarawak, East Malaysia on the Borneo island, Asia’s largest, owing it’s size mainly to the region’s oil and gas industries and indigenous populations migrating from the inner Borneo forests, some of the remaining natural zones equal in grandeur to the Amazon rain forest. However, being a coastal city, it stretches along a handful of big streets which made a loop-route starting from the Imperial City Mall reasonably walk-able, though I don’t recommend visiting the seahorse shaped lighthouse as it’s a long one way sunny march and the premise has been closed indefinitely. On the way back, I almost managed to get a city library card while strolling through the city park. However, I managed to request a tour of the Pullman hotel’s rooftop level where I got a view of the skyline with it’s contrast of luxury, poverty and working classes. Upon rushing back to the hostel, I had a taxi waiting to take me down the main road to the airport, completing my tour of the city.

Tip:
The reason I attempted to get a library card is because I collect metro, library, hotel, and other cards as simple, light weight, stack-able souvenirs that double as physical evidence of my visit. I like that they’re difficult to reproduce and are intrinsically connected to memories experienced such as taking subway rides from one station to another to view certain attractions. Given the light weight nature of my travel, it’s crucial to be able to efficiently collect light weight memories. 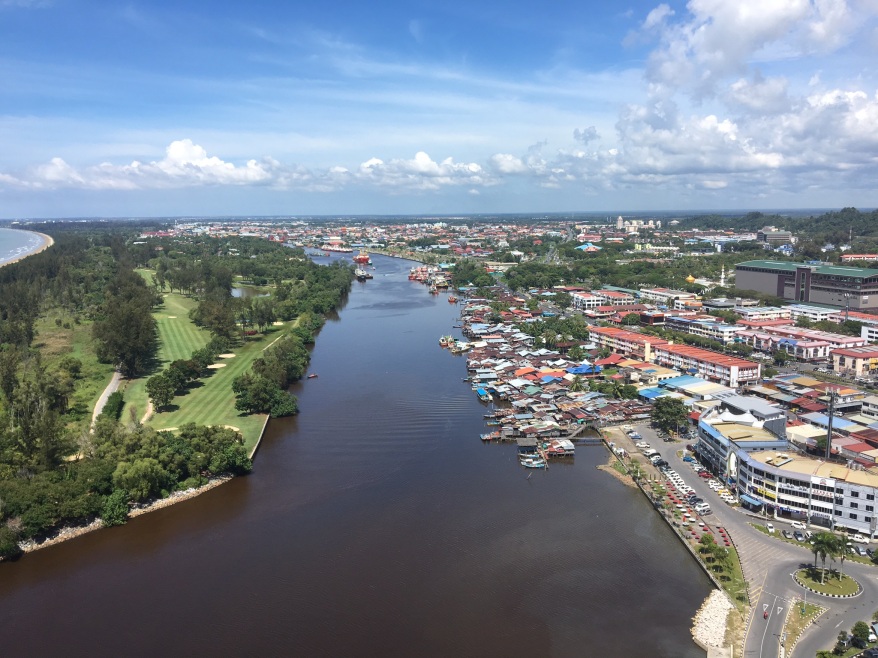 Miri from atop it’s tallest hotel