Delhi, pronounced Dili (similar to the capital of Timor Leste), is the capital of India and its second largest city. Unlike Mumbai, India’s largest city, Delhi’s urban sprawl isn’t bound by the ocean, so it’s been able to grow in all directions, thereby making it much harder to explore by foot.

I booked a local tour so that I could get around via bus, but the ticket price was so cheap that I wasn’t sure if I got conned. Even the hostel staff looked at the price on the receipt and laughed that I got cheated. The agent even guaranteed me a refund if I didn’t enjoy the tour, which added to the certainty of the con, but since I paid at an actual shop and the receipt contained the agency’s name, I hoped it would be legitimate. So, I showed up in the morning as instructed to start the city tour, but the shop was closed!

I was a bit early so I decided to wait a little, yet the store didn’t open. Knowing that pickup times vary, I continued to wait. Right as I was about to give up hope, a guy drives up on a motorbike and asks to see my receipt. He signals for me to hop on, then takes me to an empty bus in the next neighborhood. The driver checks my receipt and tells me to get in, but I opted to wait outside where it was cooler, and also because I wasn’t sure if I was going to get kidnapped!

Eventually, a few more people arrive and board the bus. Then we depart and pick up a few more people, including some female monks. Everyone except me was a local, which explained the great price I got. I concluded that the travel agent quoted me in “Indian time”, so I was over an hour and a half early as a result! 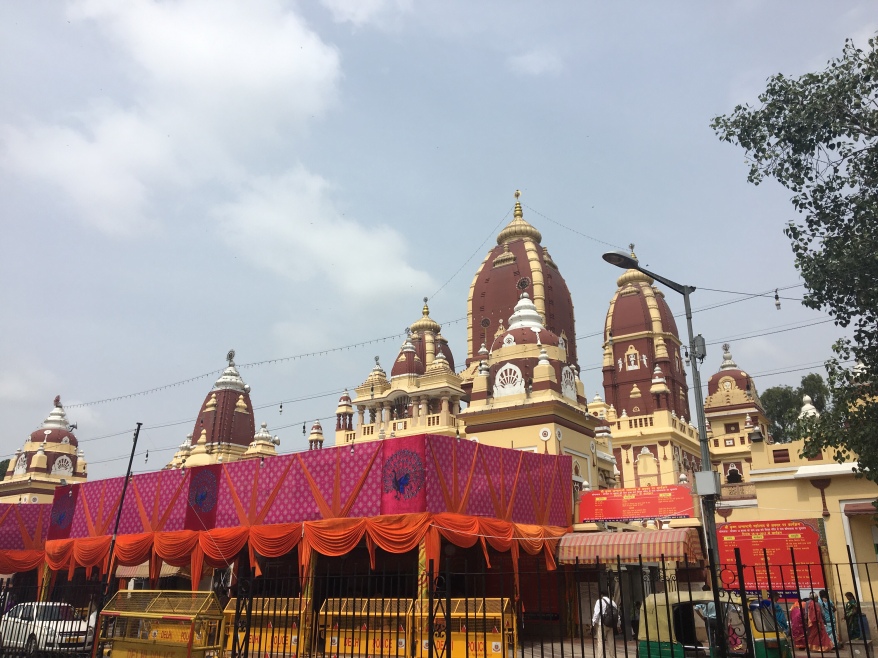 Our first stop was Lakshmi Narayan Mandir (Temple), a popular attraction for both foreigners and locals. But unlike the foreigners, I was able to observe my travel companions alongside their pilgrimage.

Next, we stopped at a small museum before visiting the grounds around Parliament and the Presidential palace, a really large space which I would have wanted more time to explore on my own were it not for the numerous guards around on alert because of the upcoming Independence Day.

Then after a nice lunch break where I made a few friends who helped me to order food, we continued south, past a few university campuses, including IIT Delhi. 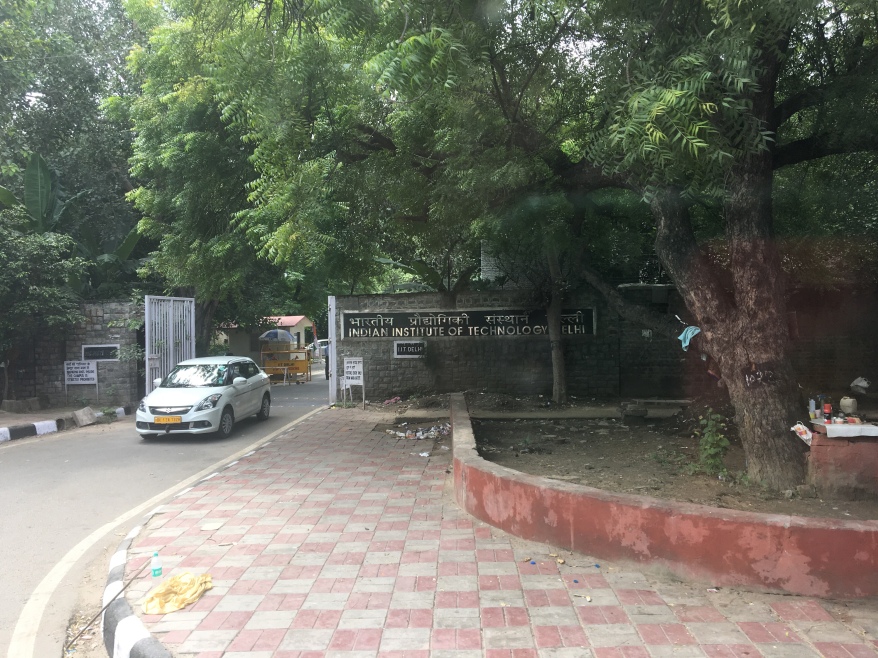 Finally, we stopped at Nehru Place Park and everyone got off. The pilgrims made their way to the temple at the other end of the park, but I knew that I wouldn’t be able to get in so I walked around, looked at the nearby Lotus Baha’i Temple and checked out the nearby metro station to find a transit card.

I returned to the bus at the requested time and ended up waiting an extra hour with the driver before the entire group all returned together as if everyone was on schedule. I realize I need to understand “Indian time” better otherwise, I would find myself wandering around taking random pictures of dogs laying in puddles, and lines of ants carrying food pieces. 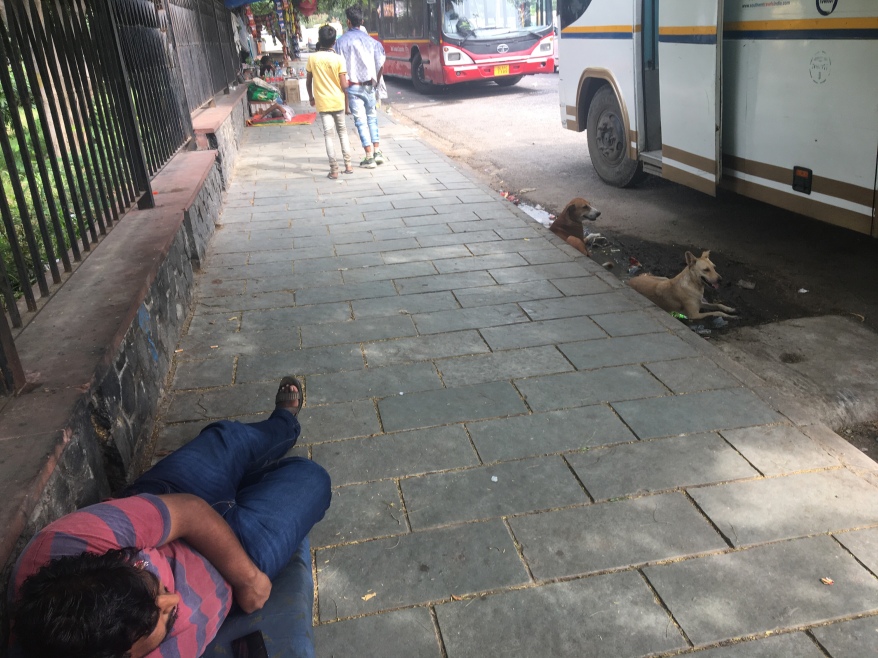 On the way back north, we swung by Rajghat, a memorial to Gandhi, but there wasn’t much time left so we really didn’t see much. But for the look on the hostel staff’s faces when I told them about all the things I did for less than $5, it was worth it.

Tour buses won’t leave until they have everyone, so you can take a little extra time because there will always be people who come back late. Please do not be the last ones to return because that’s extremely rude and can result in the guide cutting sites from the itinerary if there isn’t enough time.