When I woke up, I realized I was not in a normal tourist hostel. Packed almost side by side in denser formations than military barracks were a bunch of local laborers, a few people on business, some travelers, one foreigner (me), and a few sick people, whom I tried to avoid as we all shared equally as cramped sinks and bathroom facilities. It was interesting and a good change from the sole business hotel options available at the other cities I’ve been so far.

First sight of the day was a grand church right outside the hostel as I walked through the neighborhood to pick up food and board the train, packed with commuters. I headed south into the heart of Mumbai, where I found myself surrounded by British colonial style buildings.

Soon I was at the Mumbai Museum, Chhatrapati Shivaji Maharaj Vastu Sangrhalaya, an elaborate structure with a meticulous garden. The price was reasonable, but by default they assume you want to pay extra for a bracelet that grants permission to take photos. I waived the fee because the restriction only applies inside and Google’s museum cam via street view already has a virtual tour.

The biggest take away for me was the Mongolian Empire’s influence on India via the Mughal Empire. Unlike China where the Mongols invaded then settled and integrated (and reshaped China), they did not directly reach India. The Mongol empire politically fractured. One of the resultant new empires that formed in the Middle East then invaded India from that direction, establishing the Mughal empire which settled and integrated into India (and reshaped it). I’m amazed how a country with a current day population of 3 million people had such a large influence on 3 billion people’s lives.

Next, I stopped by the Gate of India, joining the crowds and walking around to find uncrowded angles. From the waterfront I could see south to the distant neighborhoods where I heard were some of the wealthy suburbs. However, the first areas to draw my attention where a small slum by the waterfront. I wasn’t surprised to see goats, but sheep were unexpected. 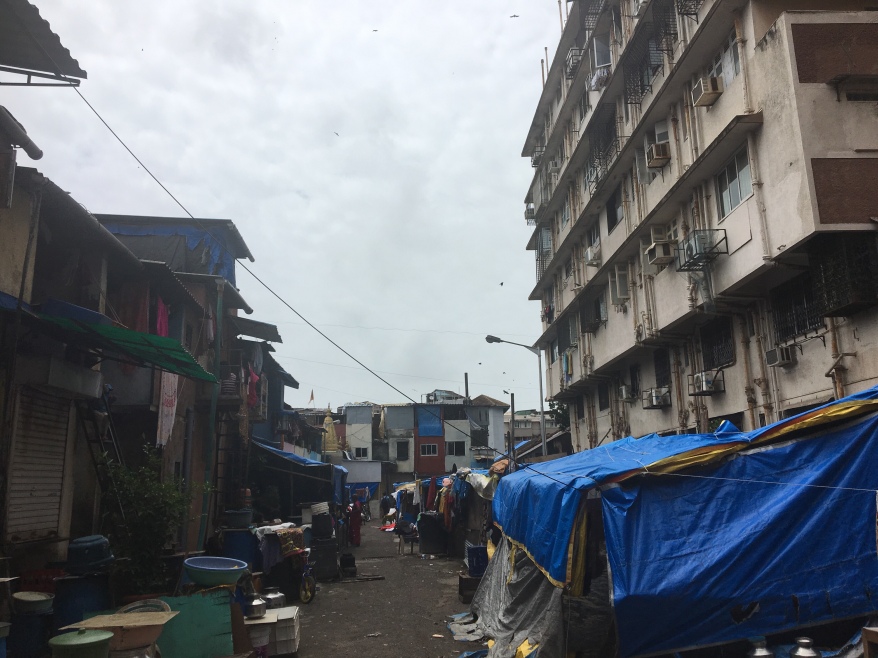 I eventually reached the Colaba neighborhood which was nicer and contained a World Trade Center complex as well as a older style mall. It took a little while to navigate around because I ran into a false street (this is a technique used by map makers to prevent theft), but I eventually looped through the other side of the Colaba peninsula and reached an upscale area with malls and the National Theater for the Performing Arts, featuring a play about the life of Ghandi. 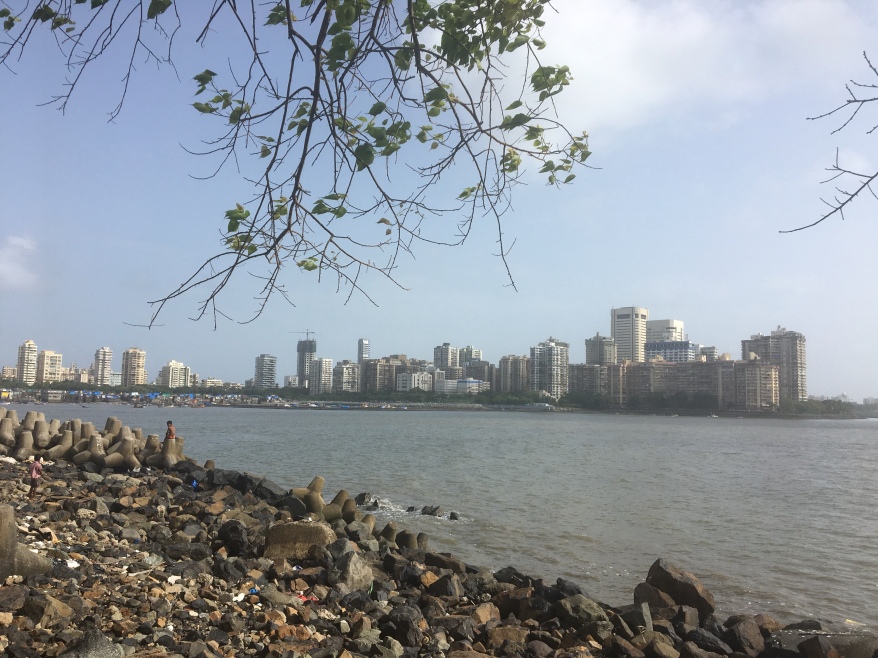 After buying a ticket, I took the opportunity to walk around the open spaces and take some more pictures of the Mumbai skyline. Then I walked to Marine Drive, a popular hangout spot, all the way to Girgaum Chowpatty Beach, which was pretty empty, so I moved a few blocks inland and made my way to the Ghandi statue while continuing to observe the British style buildings dotting the landscape.

As evening approached I headed back to the theater and observed other patrons as I ate a fancy open air dinner while waiting for the doors to open. The show was quite educational as I knew nothing about Ghandi’s early past in African civil rights (due to life circumstances) and how that influenced his later role in Indian Independence. The Indian perspective and patriotic tone was insightful.

I felt inspired and capable of changing the world.

You can save money and time by visit museums virtually using Google street view. Or you can use this feature to decide if a museum is worth visiting if it’s far out of the way or expensive (perhaps due to foreigner pricing). The images are pretty good quality so you can read many of the displays. It’s also possible visit sites like Mt. Fuji, which I did once on a Japan trip because it was way too foggy!