In the morning I looked around to find my laundry and found myself caught in conversation with a few other travelers. In reflection, it was interesting how just six months ago, I was the bushy-eyed traveler at the start of my trip looking up to the six-month veteran in awe and inundating them with questions. Now it was my turn to experience the barrage, and share my experiences, humbly.

Once I managed to get away, I walked around the neighborhood then headed west to the bus operators and looked for an official tourist office. Both were underwhelming as they did not offer any flexible options that met what I wanted to do and I couldn’t hack anything together. But I at least knew where to find the long distance buses. 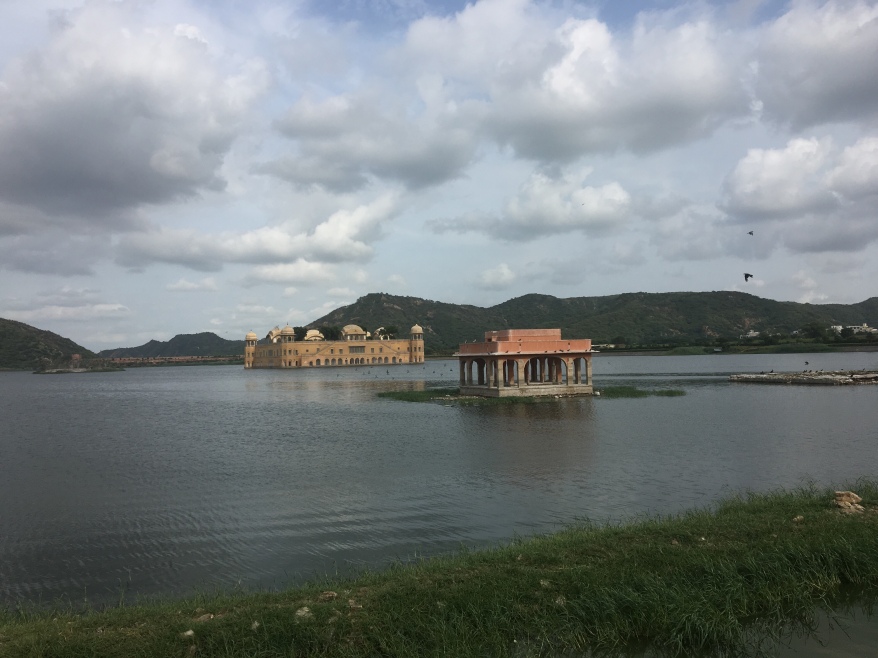 Then I headed back toward the city center to Ajmeri Gate and waited for the local buses, which would take me around the city and north on Amer road to Jaipur’s outer palaces. First was the Lake Palace, completely surrounded by water and seemingly inaccessible, but there were still a lot of people setting up small shops and hanging along the roadside. You could even ride real camels, which loitered around the plaza parking lot. 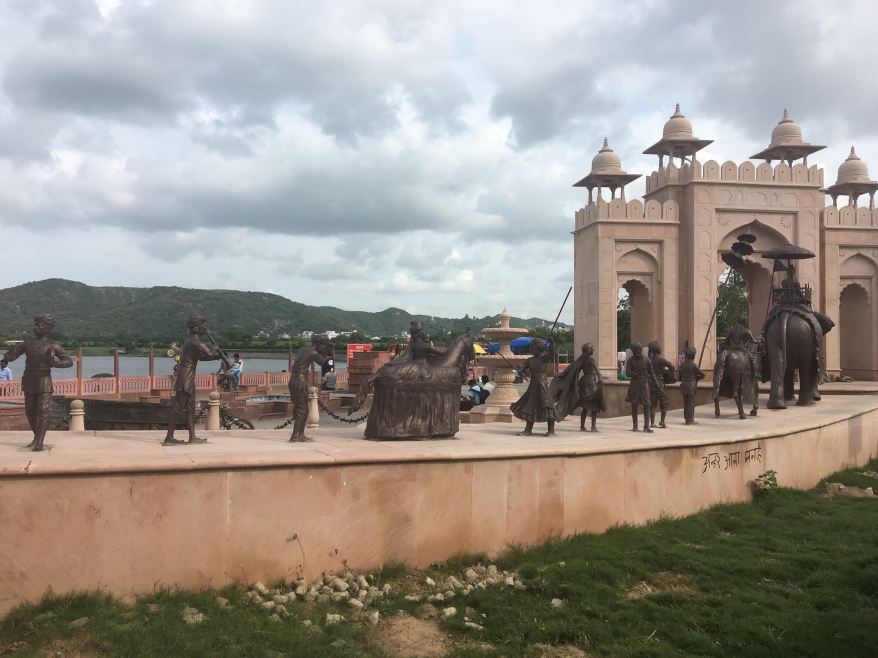 After walking around a bit, I returned to the bus stop and waited for the next one, which seemed to come in pretty frequent intervals. Soon, bits of wall and palace appeared in the horizon as we approached Amber Fort. From a distance, it appeared even larger than the Pink Palace, and included its own lake.

The bus dropped me off right in front of the entrance. To my surprise, the majority of the complex is free to the public so I was able to go in and explore the large open green spaces and park. 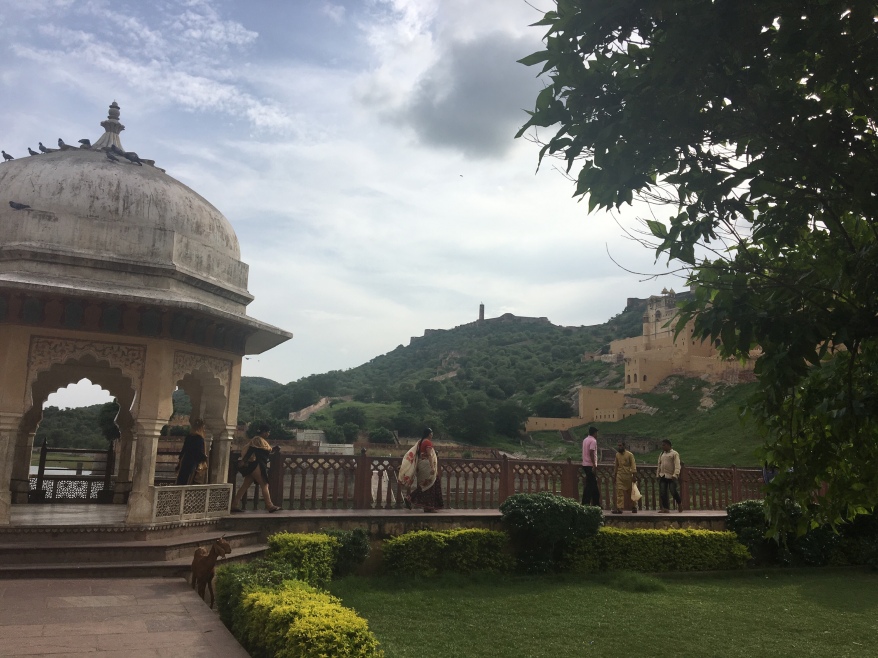 But my attention was drawn to the large walls atop the surrounding hills which seemed to protect the strategically placed Amer village. They reminded me of the Great Wall of China outside Beijing.

Again, I was surprised to discover across the street from the entrance was a direct and completely free and well maintained stairway up to the top of the wall. The steps were unusually large, making the climb quite daunting, but the views were absolutely worth it. 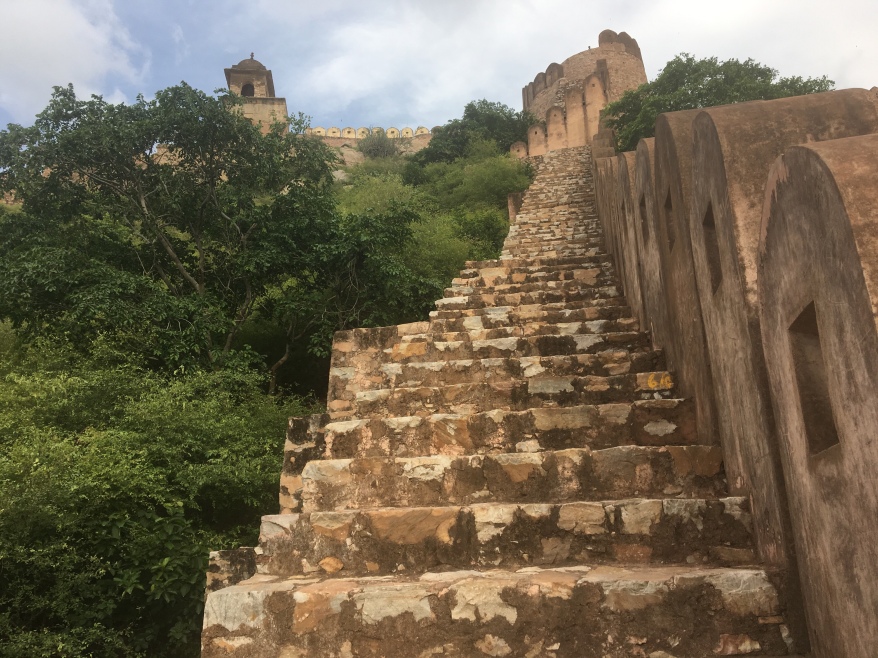 When I reached the top, there were only a handful of others around, which meant we could all enjoy the breathtaking views of the Amber Fort and city in solitude. I explored back and forth as I waited for the sunset. The weather at dusk in the higher elevation was fantastic. 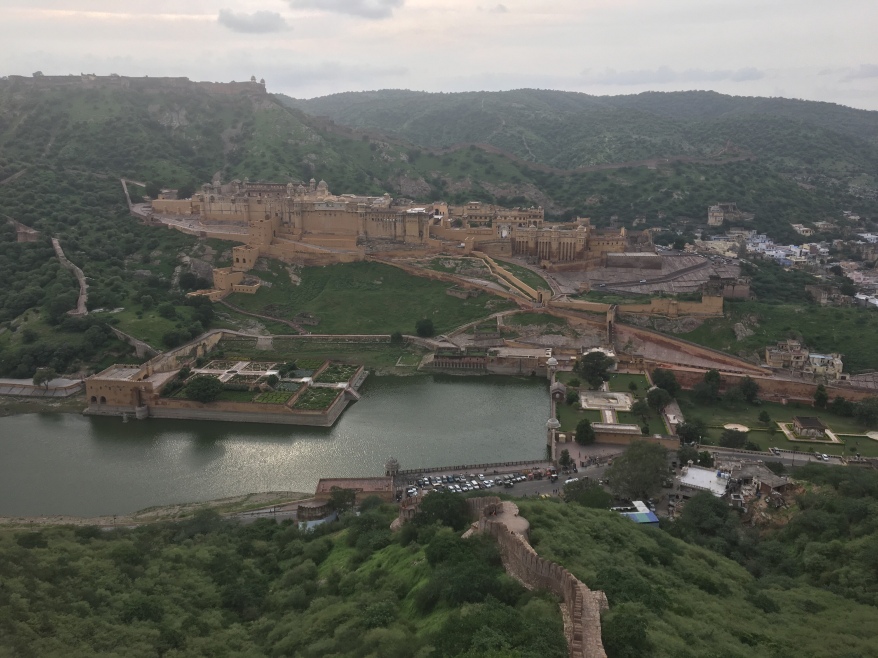 After enjoying the moment, I rushed down the steep steps because there were no lights on the wall and so I could get to the Amber Fort palace entrance before it opened for night visitors. I wasn’t sure if there would be enough daylight left to properly see the larger than expected Palace complex, but the fairer evening pricing made an evening visit much more financially practical. 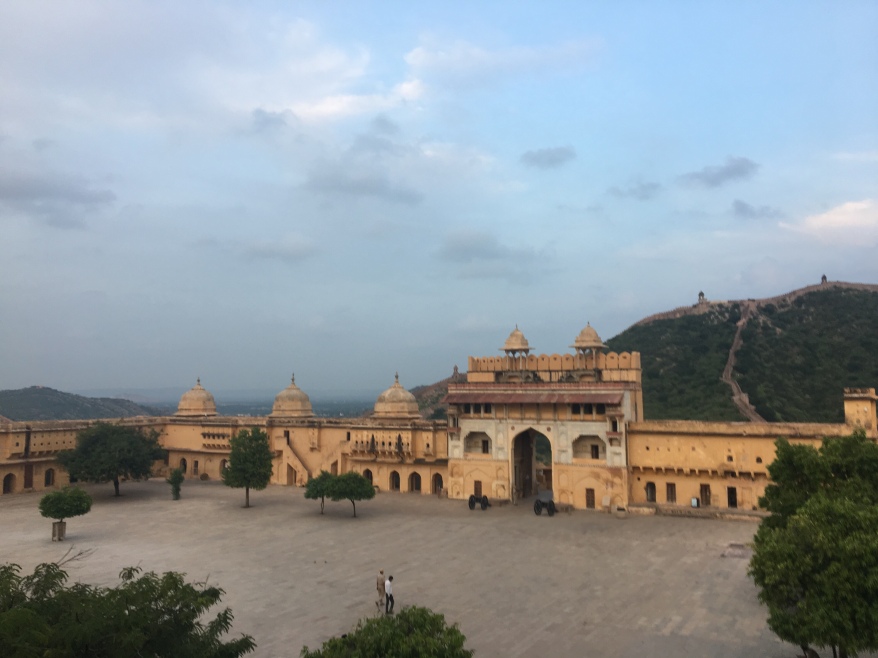 Some areas inside the palace started closing due to insufficient lighting, so I decided to rush to the end and work backwards, which allowed me to see a few sights not available to night visitors. As the main buildings started to light up in different colors, I was happy I chose the more affordable and arguably superior evening options. 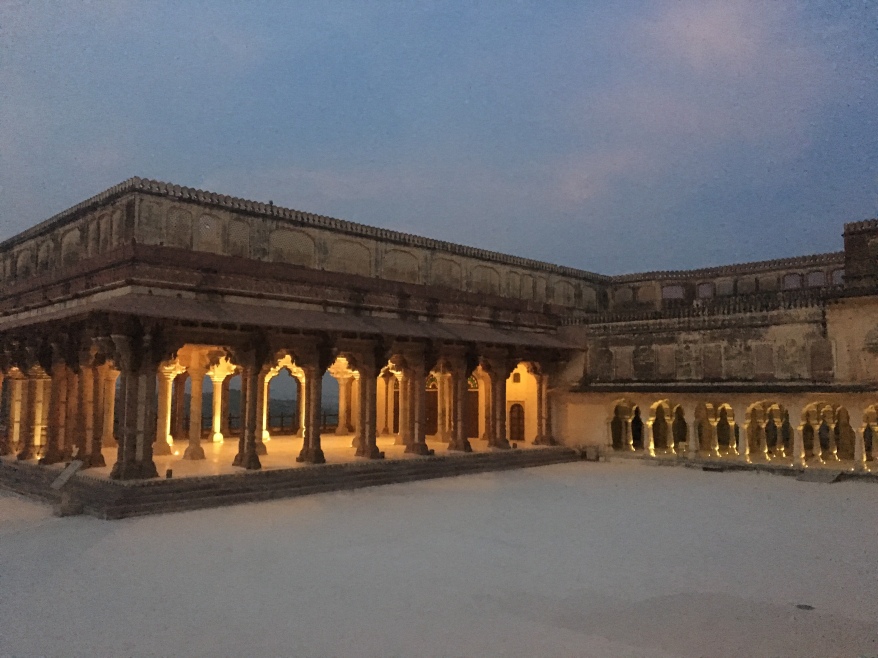 Also, since there weren’t as many visitors, I was able to talk to some of the staff, one of whom warned me about the last bus service and encouraged me to rush down, which probably saved me from getting stuck out there in the middle of the night.

Never plan on catching the last bus or train of the night because if you miss it, you’re out of luck and might lose a whole day of travel or worse. The same could apply to flights, but at least you can sleep safely in an airport once you’ve past the security check points.