Despite the complaints about high property values and lack of affordable housing as well as space, a look on the map reveals plenty of green areas to the south of the city. Were it not for very high density typhoon proof engineering standards, much of the island might be covered in 1-2 level structures, but compared to the many other countries and cities I’ve seen, Hong Kong seemed to set a gold standard. However, I could be wrong, so I set off to discover what was in all the large green map patches.

First, I took the subway all the way west of the city to San Ying Pun, near Hong Kong University, then hiked to the campus. I entered via the University Museum and Art Gallery, then navigated the long stairwells upward to the main level. 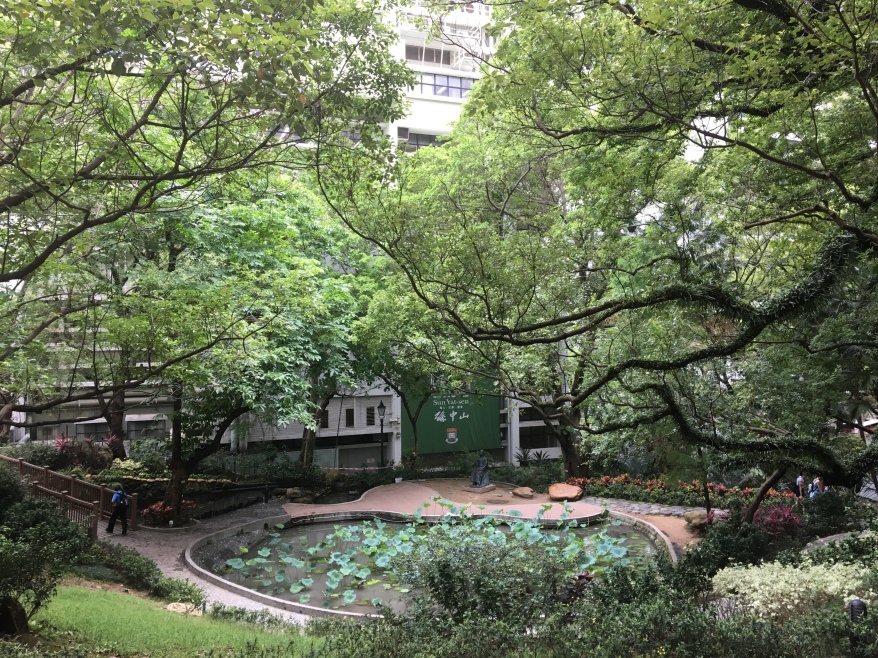 There weren’t too many points of interest aside from a pretty cool garden and the Pillar of Shame sculpture, but the other side of the campus connects to a hiking trail up to Victoria Peak, a mountain overlooking the entire city. The starting point was a little further away than expected, but I eventually saw a big yellow arrow with the “mountain” character (a pitch fork) pointing to a stairway.

As I walked up the paved path, it got steeper and the weather began to get worst. I felt like I was hiking up through the clouds. 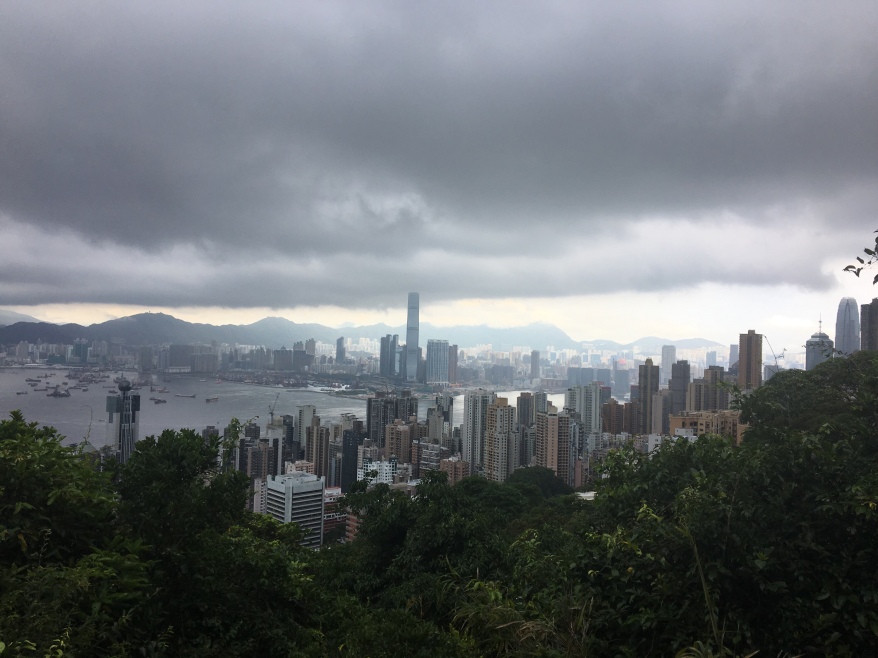 Luckily, right as I reached the top, it began to pour and rain sideways. There was a large covered area at the center of the apex and a few men doing Tai Chi exercises with a huge dog. I kindly asked for a ride back down and was dropped off near Central station by an American ex-pat who had lived and worked many years then retired in Hong Kong.

To get back south to the green spaces, I visited the nearby Sun Yet-Sen Museum, Victoria Prison, Antique Street then passed by One Exchange Square again to get a glimpse of the two bulls statue during the workday.

From here, I entered the nearby Olympic (aka Hong Kong) Park, a really well maintained space with some cool views of the city’s buildings peaking through the tree line, like New York City behind Central Park.

A particular set of Gold and Silver colored buildings caught my attention, so I detoured out of the park to explore the One Pacific Place and Conrad hotels near Admiralty station. But I stayed closed to the tree line as I made my way to Pak Tai temple and Wan Chai park.

As it got dark, I headed back to the main streets, found various snacks, then packed my stuff to finish my month traveling through and sampling different parts and aspects of China. 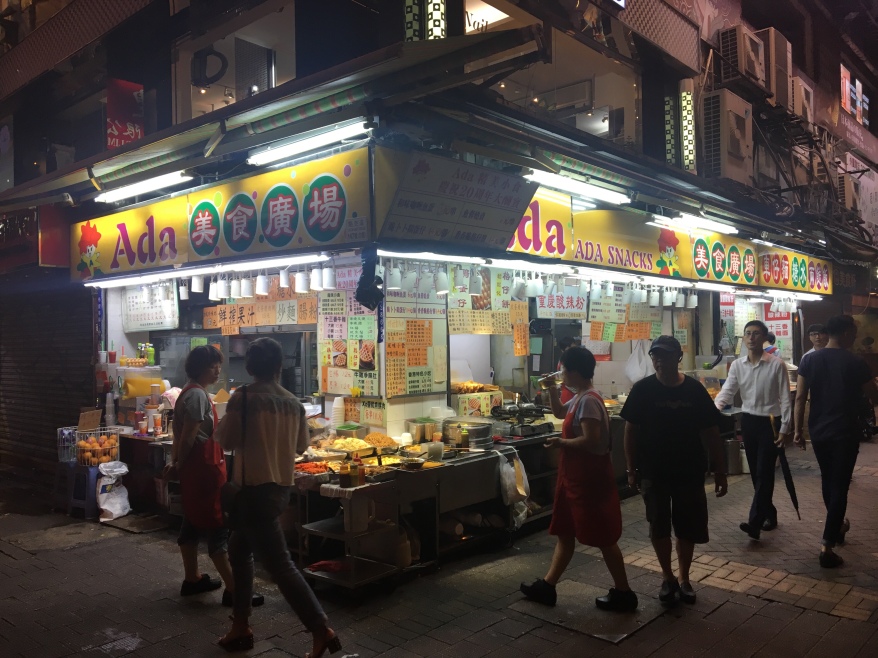 There is an economic correlation between real estate property values and environmental protections. If a city has high cost of living, it probably has a large population that increase demand, but it also likely has a lot of land which is dedicated to green space like national parks and reserves. These parks reduce the amount of land for buildings, so property prices go up. If you know a city is expensive, you can plan ways to save money by setting aside time to visit the parks and hike a nearby mountain to get panoramic pictures of the city.