The DAMRI bus ride was relatively straightforward, though I soon realized I could have caught it at a better pickup point. With a few hours of sleep, I finally arrived back to mainland Asia where I would have greater flexibility with transport options. Siem Reap, Cambodia made for a good entry point since I had already visited Thailand, but more importantly it avoided an unpleasant bus ride from Bangkok (with potential scams and theft along the way).

I was surprised to see Siem Reap’s small size given Ankor Wat’s historic role as a capital city. The city seem catered to tourists, which made it easy to arrange for a couple of tours from the hostel before venturing out for food, making sure to find reasonably local prices. 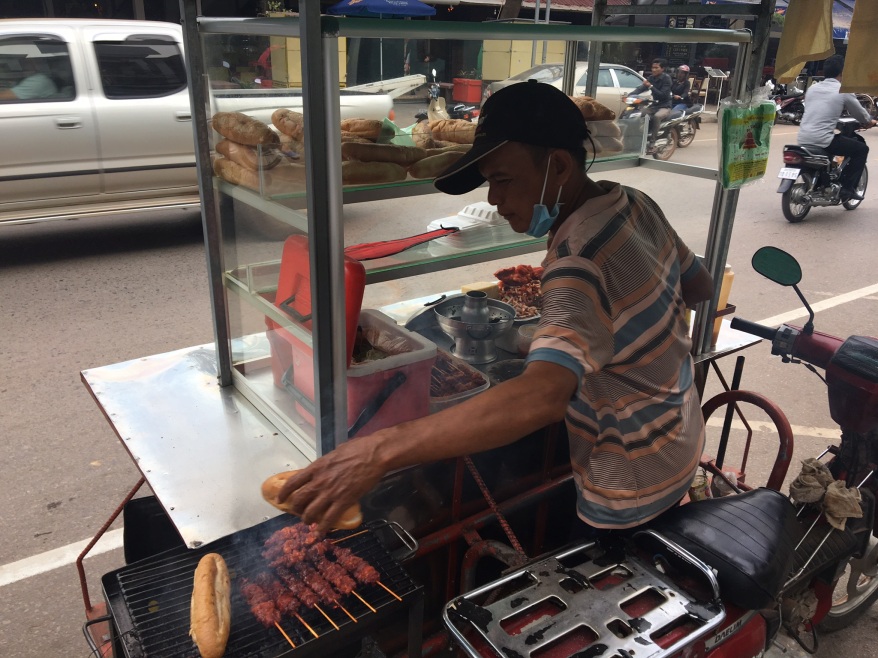 Then I left the tourist area and walked north through the Royal Gardens, watched people going about their daily lives, looked at bus transport options, before finally reaching the Angkor National Museum, which had walls of text explaining various aspects of Cambodian history and religion.

As the museum closed, I quickly checked out the adjacent high end luxury mall, then slowly walked along the Siem Reap Tonle (river) back to the tourist hub. I made a quick stop at Temple Sky Lounge to break a $20 USD bill, the preferred currency for large transactions, only to find that $20 was considered a large bill, and watched as the staff struggled to give me change.

By the time I passed through the night market and returned to the tourist area, the streets transformed into an outdoor night club full of street carts decorated with neon lights, selling shots of alcohol, fruits and other foods.

Tip:
Even in a very dense market catered to tourists where most vendors collude to raise prices, there is still variability in prices as well as some vendors who charge a fair price. Most tourists just pay whatever price because it is still cheap relative to what they’re familiar with back home, but once you know the true price that locals pay, you’ll never want to pay tourist prices again.