Kochi, aka Cochin, is the commercial center of India’s Kerala state. It’s geographic shape reminds me of the San Francisco peninsula and so does some of its cultural attractions and history as I would learn through the day of exploring.

I started off by walking a long stretch southeast across the peninsula to the Dutch Palace and Jewish cemetery. Besides the unintentional use of derogatory terms, I mainly saw normal neighborhoods and a few tourist shops.

Then I cut West to another set of old and poorly maintained museums, one for Maritime ships and trade routes, and another about Portuguese rule featuring lots of Christian alters and artifacts. These history lessons shed light on further similarities with San Francisco’s maritime and Spanish histories.

Slightly further west, I reached the Indian Ocean. There were a handful of people walking about along the stretch of sea walls; I joined along, walking on the slippery and slightly muddy sidewalks as the cows sat around people watching. 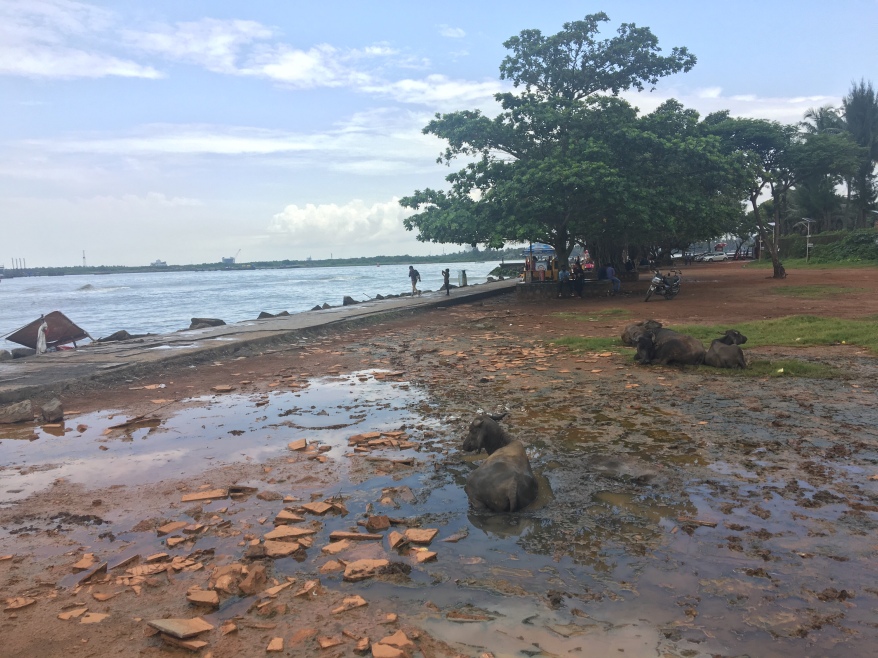 Once I reached the Chinese Fishing Nets which I visited the night when I arrived, I knew I had completed my circle and seen enough of the peninsula. The bus stop to Ernakulam, the real financial center of Kochi, and the airport was conveniently located by the fishing nets, so I got on to figured out the route and timing for future reference.

I got off at Lulu mall, drawn by its huge size, central location, about the halfway point to the airport, and fancy advertisements. The inside felt very modern. It’s adjacency to the recently opened metro system allowed me to ride the modern subway train back and forth to get a birds eye view of the city, before getting off near Ernakulam’s commercial center. Some metro staff members tried to survey me when I attempted to get a metro card unsuccessfully. I couldn’t believe the process required filling out a comprehensive identification form with phone verification. 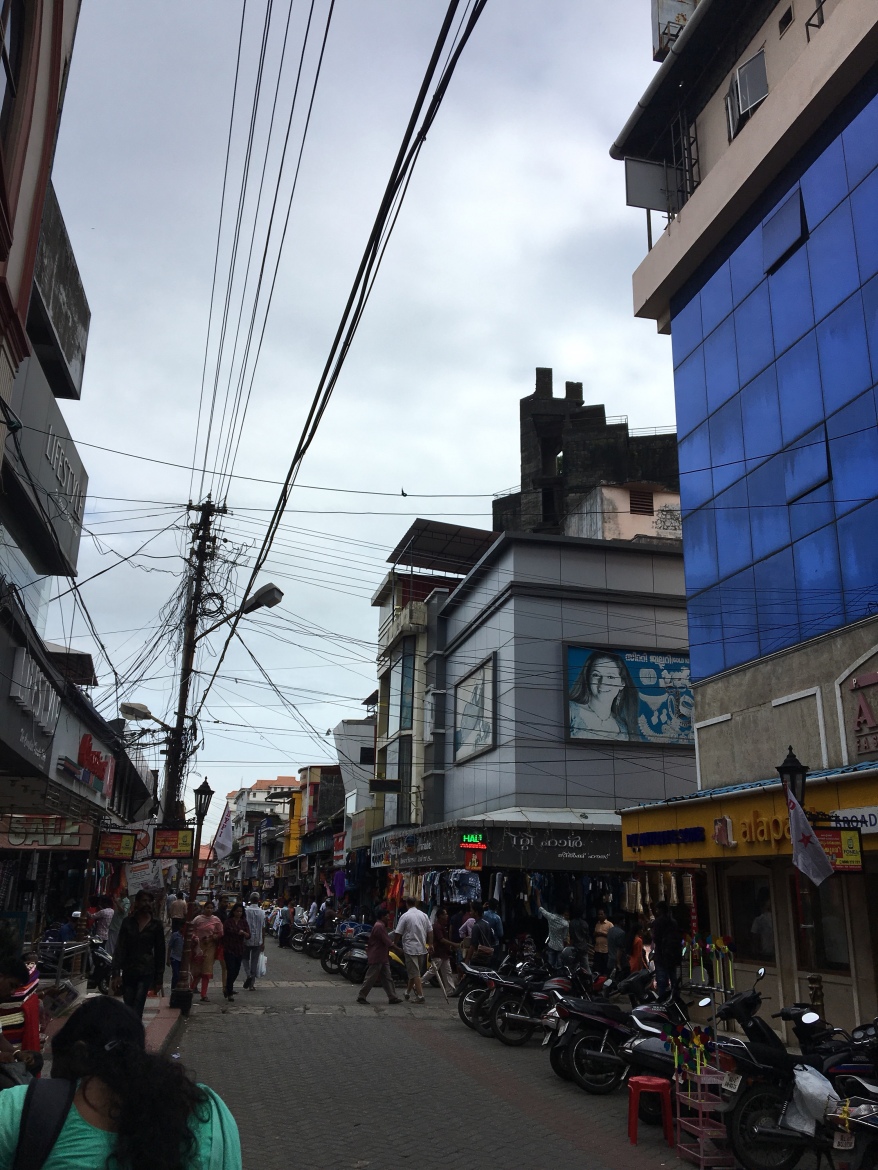 After exploring the neighborhood around Jews Street a while, I recognized a brand name hotel and went in to ask for some directions. They gave me a tourist map and directed me to the nearby ferry.

I couldn’t believe how cheap the ferry ticket was, nor how they gender segregated the ticket lines, but I was able to get on without much problem and the help of a college student in line.

The ferry saved a lot of time because it cut straight across the bay. This allowed me to reach a traditional Kathakali eye dancing performance in time to watch the performers apply their very thick and elaborate makeup. 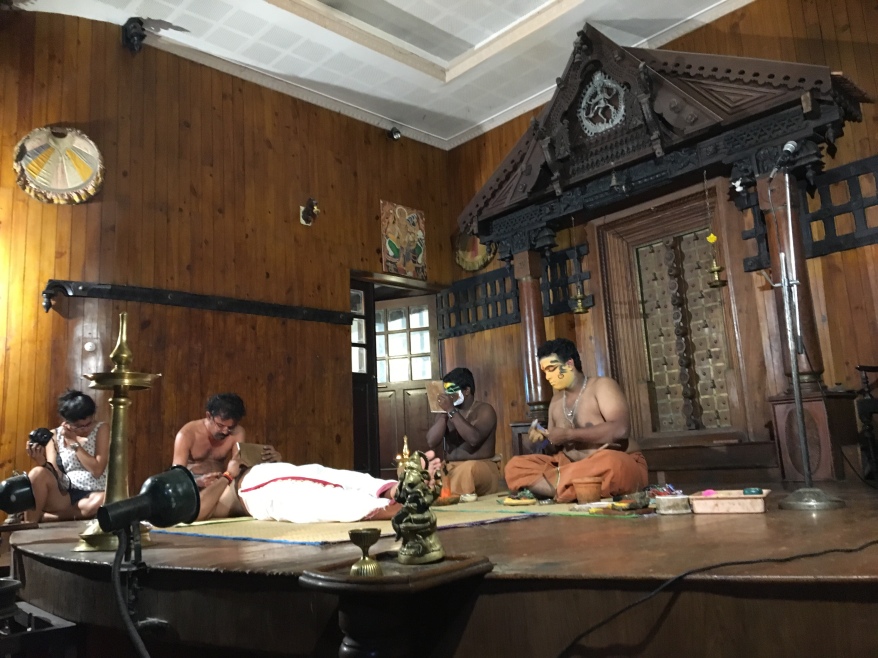 Had I not witnessed this part of the show, I wouldn’t have realized that all the actors making seductive eye rolls and winks were men.

It’s ok to ask for help from random hotels. As long as you’re courteous and don’t prevent other paying customers from getting service, the hotel staff are more than happy to help a visitor enjoy their trip. There might even be a chance that you switch hotels.