I felt compelled to join the hordes of tourists to Ha Long Bay, an iconic Vietnam tour destination and World Heritage Site. It’s actually quite far from Hanoi so you’re able to see a range of sights along the way. For example, at the edge of Hanoi was a dramatic shift in landscape.

Dense developments up to the very edge of Hanoi, Vietnam.

A few hours later, we arrived at Tuan Chau International Marina on an island designed specifically to cater to Ha Long Bay tours and cruise ships. The port was quite large and lined with luxurious waterfront properties in addition to a fleet of ships. The herding process went surprisingly smoothly.

Once on board the boat, we were briefed, entertained with food (tour price and boat grouping is determined by your food choice) and allowed to wander about the deck, taking in the marvelous sights of massive karst rising out of the bay waters.

We were dropped off at one of the main islands and hiked through Sung Sot Cave, which ran through the core of the island then looped back to the dock where all the ships docked to wait for their passengers. Quite a few people were overwhelmed and unsure which boat to get back on, but eventually everyone returned.

Next up was a floating dock where we were given an hour to kayak around or take a bamboo boat ride. Then we cruised back to the marina and headed back to Hanoi.

After the long day of sitting around, I was happy to explore a little more of the city, visiting St Joseph’s Cathedral, one of the first churches built by the French, and the neighborhood around it. 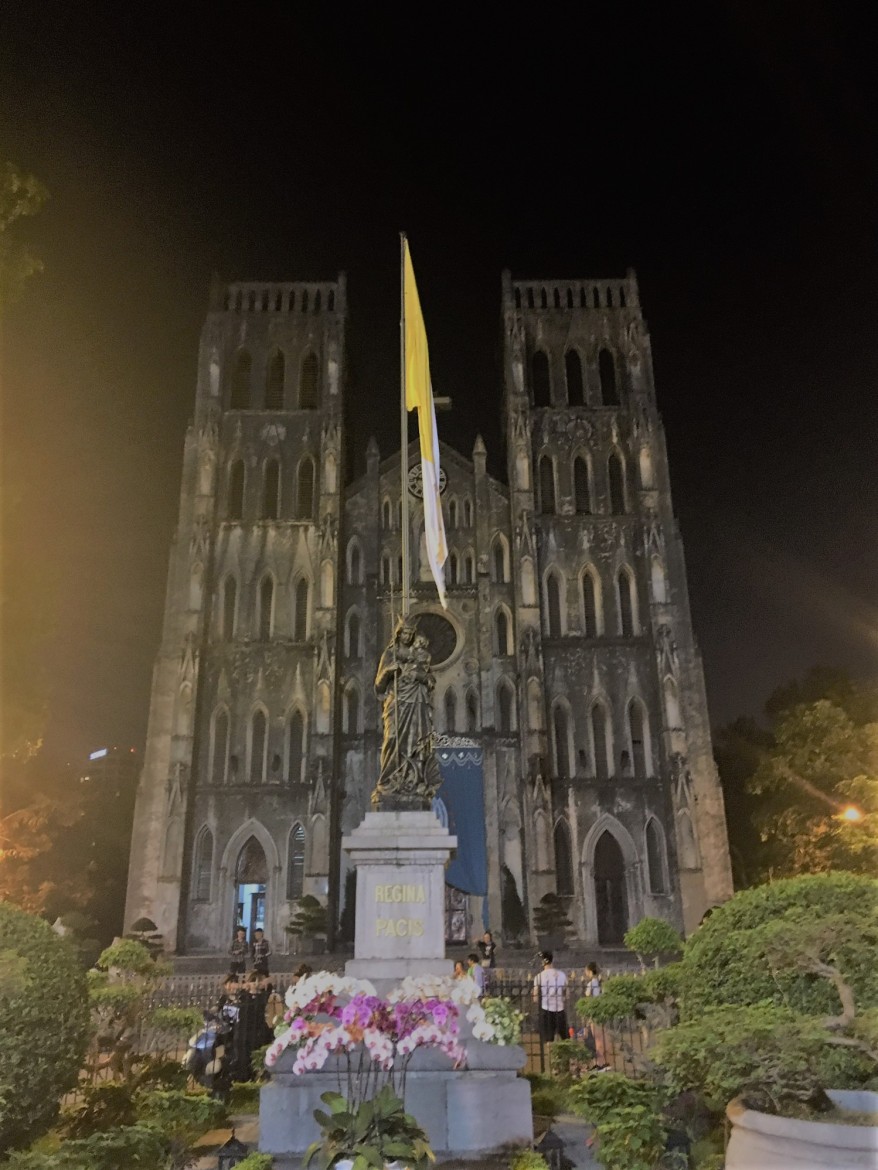 Tip:
Despite a somewhat bad reputation, cruise ships can be a time efficient way to travel because you can go to sleep and wake up the next morning at a new location. Many countries allow border crossings by water, which can be much faster than on land or air. The downside is higher costs compared to backpacking.