I decided to take a look around the walled area on the southwest corner, away from the high end shops that ran through the center, and busier parts of the city center. I found narrower streets, a fair amount of smaller shops as well as locals going about their daily lives. The outdoor hair cut stalls were particularly interesting. 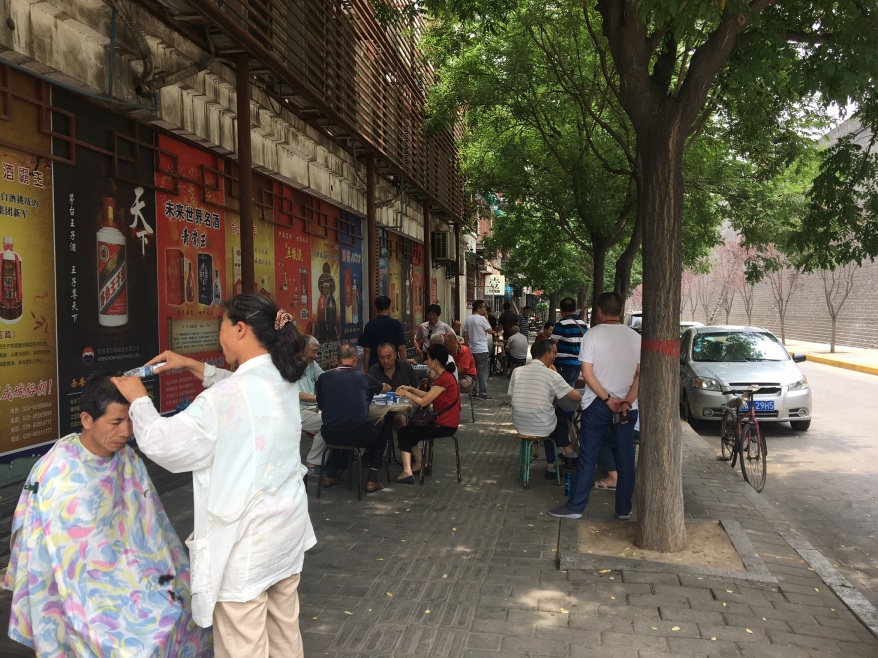 Play Mahjong as you wait in line for a haircut, Xi’an, China.

Eventually, I found my way to Muslim Street, one of the popular tourist attractions in the city. Muslim street is a combination food street and flee market located around a large Mosque. It reminded me a bit of the large market around Ampel Mosque in Surabaya, Indonesia. I found the economic relativity of the situation interesting. Everywhere else I had been, Chinatown served as the center for flee market style commerce which arose out of necessity due to persecution and isolation of the community within these countries. China’s version of china town was reflected in their ethnic persecuted minority, Muslims.

Large jack fruit being carved up and sold in a tiny stall on Muslim Street, Xi’an, China. 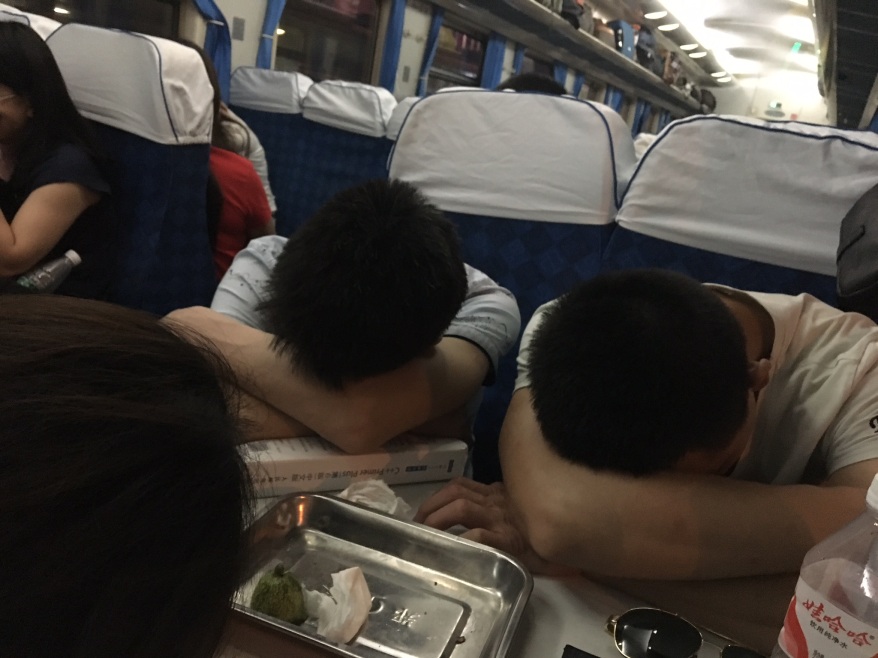 Buy your sleeper class tickets in advance when in China.

Tip:
At a moderately fast pace, it’s possible to see and experience enough of a city within three to five days. You can break it up by geography such as city center, north, south, etc, or in very dense and easily traversable cities, by types of activities such as museums, modern structures, commercial center, etc. They key is to keep moving.